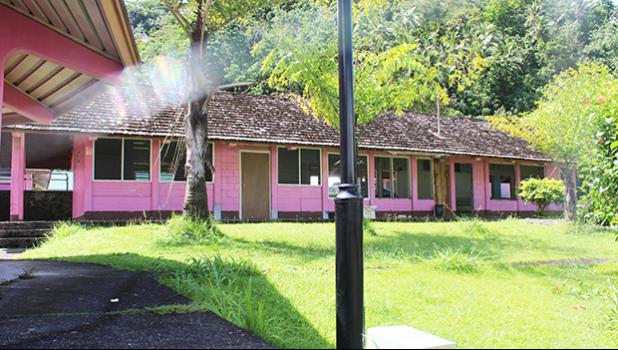 Pago Pago, AMERICAN SAMOA — At last Friday’s cabinet meeting Gov. Lolo Matalasi Moliga announced that the Catholic Church and the Congregational Christian Church of American Samoa will be compensated for the use for their facilities when they were used to quarantine passengers who arrived from Samoa last month.

The two facilities were used to quarantine passengers who were uplifted from Samoa last month on special Samoa Airways flights. The passengers were stranded in Apia, after Samoa closed its borders and later American Samoa followed suit.

The CCCAS compound at Kanana Fou housed church ministers and spouses while Fatuoaiga was for other passengers.

The governor said that Public Works director, Faleosina Voigt would give an update on the status of these government facilities during the next task force briefing, but Voigt pleaded with the governor, asking to give the update immediately.

And she came prepared with a presentation, which included video and photos. For the two 10-unit buildings behind the Tafuna Community Health Center, the DPW director said the first 10-unit facility, which began construction in mid February this year, is about 80% complete. For the second 10-unit facility, which began construction last month, it’s 40% complete.

Each building comes with bath facilities, toilets, and air conditioning, and has a capacity of up to 20 people, she said.

Voigt also explained that renovation and upgrade work is moving forward for one of the buildings at the Health Department compound in Fagaalu.  It is to be used to house patients who will be transferred from the Behavior Health Center at the LBJ Medical Center compound.

Voigt is looking at May 27-28 to complete the renovation work.

LBJ has identified the Behavior Health Center to be converted into a COVID-19 facility to house possible overflow of patients infected with the virus.

The US Army Corps of Engineers is preparing a report dealing with cost and renovation of the Behavior Health Center. Once the report is completed it will be presented to FEMA for review and to move the project forward.