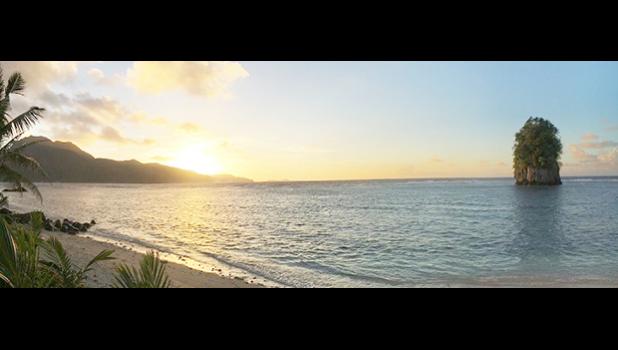 Vatia Bay sits on the north side of Tutuila, the largest and most populated island of American Samoa. The bay is surrounded by the village of Vatia and the National Park of American Samoa. Of local concern are the effects of nutrients from household sewage and small agricultural operations on the water quality of coral ecosystems in the bay.

Scientists completed a study to accomplish the following:

The Nu'uuli Pala Lagoon is located on the south shore of Tutuila near the most populous area of the island. The villages of Nu'uuli, Tafuna, Faleniu, Malaeimi, and Mesepa, representing 28 percent of the total population of American Samoa, drain into the lagoon. The lagoon is also just north of the Pago Pago International Airport. In this study, scientists collected sediment samples to analyze chemical contamination in the lagoon.

The study concluded that

As NOAA gathers more information about land-based sources of pollution in American Samoa and other states and territories with coral reef ecosystems, scientists can more effectively decrease the effects and ensure that coral reefs remain productive and thriving.