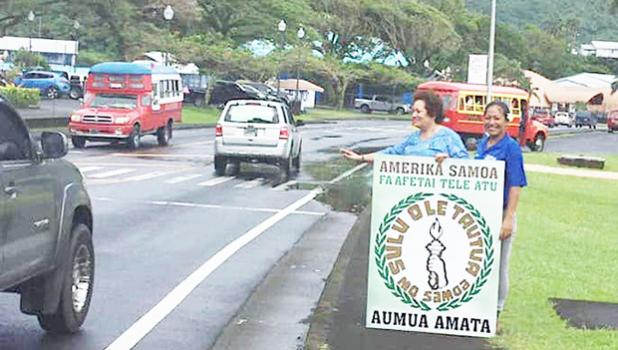 Pago Pago, AMERICAN SAMOA — Congresswoman Aumua Amata says she looks forward to continuing to put the interests of the territory to the new US House of Representatives.

Aumua was re-elected for a fourth term by an overwhelming margin this week, although results are still regarded as unofficial at this stage.

She said now that the election is finally over she hopes to work alongside lawmakers and the administration in the territory to provide a new coronavirus relief package.

Aumua says she also wants to continue the good work on healthcare like the MEDICaid improvements of the last year.

"With our LBH Hospital, putting our schools and ASCC [American Samoa Community] in the best position possible. Preserving our fishing. I'm working to preserve the tax credit that keeps the cannery as a long term part of the community while we look to diversify and grow," Aumua Amata said.

Aumua, who is a Republican, says island delegates from around the Pacific must work together to get things done.

"There'll be some new faces and many that I've worked with before. [The] Pacific region can band together on things and territories group together on many things such as the MEDICAID improvements of the last year," she said.

Three of Congresswoman Aumua Amata’s staff pose for a Samoa News photo at her office at Fagatogo Square building on Election night with the sign thanking voters for their support of the incumbent, who was reelected for a 4th consecutive two-year term to the US House. [photo: AF]

Looking at some of these other delegates; In Hawai'i, Democratic State Senator Kai Kehele will succeed Tulsi Gabbard while Ed Case won a second term.