Am Samoa spared the pandemic, but not the sorrow of losing loved ones 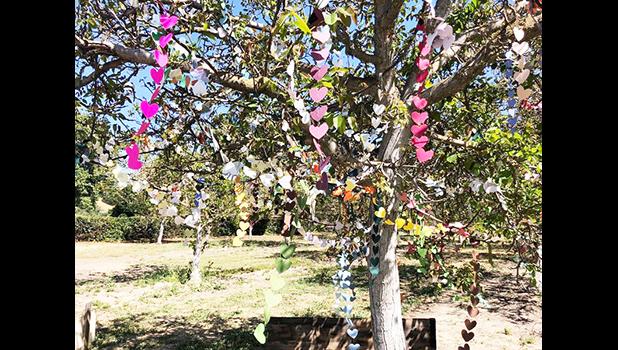 Pago Pago, AMERICAN SAMOA — While death is often referred to as part of the natural order of our lives, it is not an easy thing to accept, especially by family members and friends, whether the departed were public figures or otherwise. Each loss is keenly felt and mourned, with the hope that time will heal the wound, and the void filled with good memories.

Throughout 2020, the territory observed with sorrow and sadness, news from across the US and around the world, about the new deadly pandemic - COVID-19 - claiming millions of lives. Although American Samoa was spared in 2020 from the virus, confirmation has surfaced from news outlets of Samoans including those who are from American Samoa, residing in the US who have died from the pandemic.

On our local front, there were lost lives due to traffic accidents and drowning at sea, as reported by Samoa News at the time.

One of those tragedies, occurred the last day of April, when two senior firefighters from the Fire Bureau Division of the Department of Public Safety (DPS) were killed and two other firefighters were seriously injured when a fire truck crashed at a sharp curb on the road from Afono heading down the mountain-road to Aua

In September, a man was killed in a traffic accident in Utusi’a and the driver of the vehicle was charged in court.  Later in September, the bodies of two men were found floating at sea in Amouli.

Then last week, police called off their search for a man who was swept out to sea at Leala Sliding Rock in Taputimu after a team of certified divers who searched the area for over 72 hours were unable to locate him.

Samoa News reports on the passing of loved ones in 2020 — some of them passed away in the US. Families also put out official funeral announcements  — through paid advertisements.

• long time local resident and businessman, Ralph Dale Long — who passed away in California in June;

• lifelong educator and mentor, Tauese Isabella Semeatu, who passed away in August in Las Vegas;

• Kilisitina A. ‘Kris’ Gates, who was born in Pago Pago, passed away in Virginia in November

• local resident Rene Lawrence Frank Clemens, who served in ASG for some three-decades and was also a former president of the Lions Club of Pago Pago, passed away at Kaiser Permanente in Modesto, California in mid November.

• two days after Christmas, came the sad news of the passing on Dec. 27th of very-loved and well-known member of the community, Papali’itele Litara Alaimo whose funeral Mass is scheduled for Jan. 4, 2021 at the Holy Family Cathedral at Fatuoaiga. (See yesterday’s Samoa News for the family’s official announcement as a paid advertisement.)

Samoa News conveys condolences to the families of all those who passed on in 2020 and we share the sorrow with the families who were unable to be together to comfort each other after the territory’s borders were closed down due to the pandemic.