With Samoa allowing flights into the country for citizens stranded in N.Z and easing stay at home rules, I think America Samoa should ...
Do the same
32%
Only ease stay at home rules
13%
Keep things the way they are
55%
Total votes: 102
Home

The AETO thanks it sponsors for their unwavering support 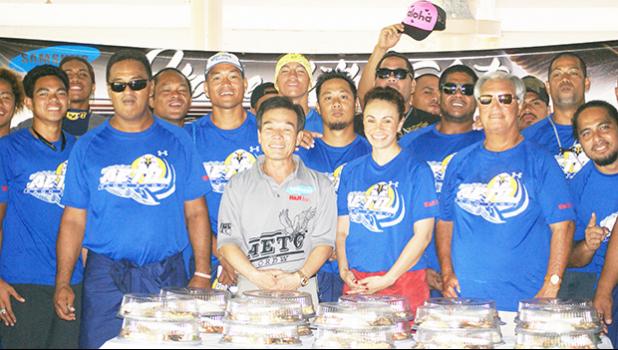 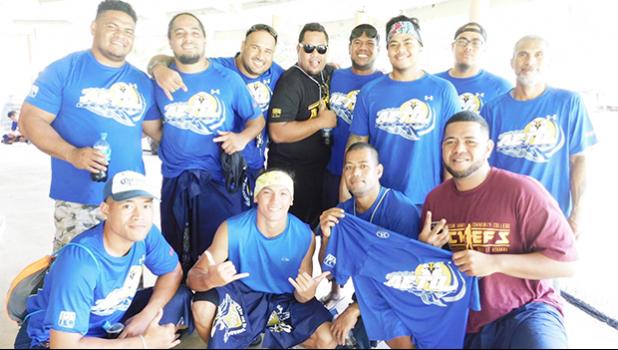 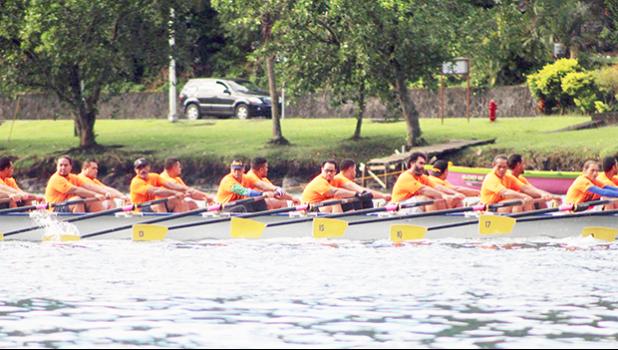 Despite not making it to the final
By
Leiloa Ese Malala
ese@samoanews.com

Captain of the AETO fautasi team, Vaamua Henry Sesepesara and the fautasi team of the village of Pago Pago expressed thanks to their major sponsors for their unwavering support, despite coming in last in their heat.

“I sincerely would like to thank these great sponsors for their great help to come out to sponsor our efforts for Flag Day. This is the first time ever, AETO has been blessed,” said Vaamua, in an interview with Samoa News.

Vaamua also offered his sincere apologies for “the situation that we experienced in our first race. I feel so sorry for my crew that had trained so hard for this and the sponsors who have done so much for us, and also the village for their support.”

Last week Wednesday after the second heat of the fautasi race it became a hard one for the AETO team and supporters — as they did not qualify for the final championship race — shocking themselves, the village, but also fautasi aficionados. The Aeto has ‘always’ made it to the final race, come what may.

Vaamua said, “Due to the bad weather, we had such a difficult time trying to control the boat.”

One of the AETO crewmembers said to Samoa News, “When we were heading to the starting line, the water seemed calmed and fine for us. ‘Til it started, it became really rough and we struggled together to control the boat.”

According to the co-captain of the AETO, Uta’ifeau Bill Kalasa the fautasi boat is a high tech boat, which means it was built to race or be rowed in calm and smooth waters. He said the boat is hard to control when the water is very rough, and that is what happened to the AETO fautasi last Wednesday.

He added, “We didn’t train for that, and situations like that are out of our control. The boat was hard to balance and control, it started flowing towards Laulii, so our captain and the boys worked hard to get the boat back in (to harbor) or something else might’ve happened to them.”

“We felt like we let our village down and not forgetting, our sponsors. We had worked so hard to get to this and then we end up not making it to the finals and only because this was out of our control. If there was anything I learnt from this, is it the loyalty of our sponsors that has helped our team and village come closer than ever before,” said an AETO crewmember.

Uta’ifeau added, “Winning was what we wanted but at the same time the safety of the boys are the most important part and I’m just glad nothing happened to them because they were able to get back safely.”

Pago Pago Trading Company and co-sponsor H&H Samsung gave around $20,000 worth of supplies, such as Gatorade, water, Under Armour shirts, etc.

“Ella and her team truly made a difference for us and the team. It was a great opportunity for us to have them. They did so much for us. The burden always seems to be on me in looking after these boys but with their help not only … to keep them hydrated but it became a great motivation for the boys. They became much more fit and the commitment that was shown from them was tremendous everyday,” Uta’ifeau said.

He added, “Not only did it help the team, but it also helped the committee and village come in unity together.”

Vaamua said, “I can tell you that this would’ve been the best crew because they have performed better than any other year and one reason is because of our sponsors and supporters. I strongly believe if it wasn’t for the bad weather we would’ve won the race.”

Last Thursday the sponsors hosted a get together with the AETO team expressing their gratitude and appreciation to the AETO committee and crewmembers.

“I have no regrets in helping to support this team. I am still proud of them because we did see them work hard,” said Mr. Ho of H&H Samsung.

General Manager of PPTC, Ella Gurr told Samoa News, “Pago Pago Trading Company’s vision is to bring premium products to our local market, which fit perfectly with the alignment of the sponsoring the AETO fautasi for 2017…”

She added, “The amazing journey of the AETO fautasi that Pago Pago Trading Company has been allowed to share, only reinforces what we already knew these young men have within them, and hope they continue to become examples of great leaders in our community.”

Said one of the long time rowers for the AETO, “I have rowed before for this team many times and this is actually my favorite year because with our sponsorship helped towards our training. It has strengthened me, allowing me to become a much better person. We have become examples to younger boys who now want to be like us, to have this kind of opportunity because of Ella and her team.”

During the get together, Ella showed a preview of a Gatorade commercial they have created showcasing the AETO team’s great work throughout the season. She said, “To conclude our sponsorship we previewed the pre-launching of the Gatorade commercial, which documented the fautasi crew’s journey leading up to Flag Day race. This embodies our culture, strength, faith, and resilience that only cultivates pride of who we are as Samoans.”

The captain of AETO fautasi team of Pago Pago concluded by saying, “I look forward to getting the crew back again next year. Hopefully we will have better luck and weather to perform, as we were supposed to perform this year. Thank you to the sponsors for coming out to support our efforts.”