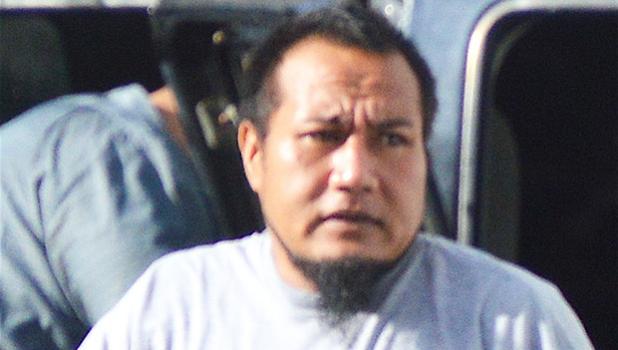 Pago Pago, AMERICAN SAMOA — A case of another bus driver accused of sexually abusing a 15-year-old girl was filed in District Court last week. It was the victim’s 20-year-old brother who alerted police about the alleged incident and as a result, the suspect was arrested.

He's being charged with first degree sexual abuse, a class D felony; and 2 class A misdemeanors: 3rd degree assault and endangering the welfare of a child.

Anderson said Taume is a first time offender who has been a bus driver for many years. He said he spoke to his client about the allegations against him was told it was all a set up.

The prosecutor objected to both motions.

Pengelly noted that the allegations against the defendant are serious and it is the government's duty to protect the young victim. He said the bail amount is reasonable and the defendant has to not have contact with the victim in this case.

If he posts his bond, the court ordered that he remain law abiding, not leave or attempt to leave the territory, and he has to surrender his travel documents to the government’s attorney. He was also ordered not to make any direct or indirect contact with the victim and also government’s witnesses.

Furthermore, Taume was also ordered that he should find another place to stay, as the alleged crime took place in the same compound where the victim and her family reside, as well as Taume lives.

Taume is scheduled to appear in court on Sept. 6, 2018 at 1p.m for his preliminary examination (PX).

The government claims that it was on Aug. 28, 2018 in the morning when the brother of the alleged young victim called the Central Police Station and asked for police assistance, stating that his 15-year old sister had been sexually abused by their neighbor.

The lead investigator, Off. Hilda Leomiti, along with two police officers responded to the call and met with the reporter (victim’s brother) who directed police officers to their home where his sister was located.

Both the victim and her brother were then transported to the Tafuna Police Station for further investigation. The victim was interviewed by police officers in the presence of her brother. The victim’s parents were unaware of the situation because they were both at work when this matter occurred.

According to the victim’s statement to police, she was asleep the previous evening but she was suddenly awakened when she felt someone massaging her left breast. At first, the victim told investigators, she thought that it was a dream, however, a few seconds later, she realized it was not a dream when she felt someone touching her breast in a sexually manner.

When she woke up, she saw the defendant kneeling next to her head, touching her head and her body. The defendant whispered to her to be quiet and don’t make any noise.

The defendant also told the victim that he wanted to spend some time with her. The victim did not waste a moment, and screamed and yelled out to her father. The defendant then stood up quickly and ran outside, started his aiga-bus, which was parked in front of his house, and left the premises (the compound).

The victim told investigators that this was not the first time Taume had done these sorts of sexual behavior to her.

She remembered one night while sitting in front of their house, she felt someone touching both her breasts from behind. She turned around to see and it was Taume standing behind her back. When she asked what did he think he was doing, he just laughed without saying a word.

The victim also recalled another night while she was sleeping on her bed late at night when she felt something heavy on her. She woke up and saw Taume was trying to lay on top on her. She pushed him and yelled out to her family, which caused Taume to run outside of their house and go to his house.

The government claims that there were times when the defendant confronted the victim and gave her money to buy her food and drinks. The victim did not accept the money from the defendant.

Police was able to interview the victim’s brother who reported the alleged incident.

According to the victim’s brother, someday last month around 4a.m, he woke up and went to use the bathroom. Upon his return he walked into their home and was shocked to see the defendant in this boxers kneeling next to his sister’s (victim) bed.

The brother did not say a word — but stood in front of the door and kept on looking at the defendant, who pretended he was looking for a CD next to where his sister (victim) was sleeping. A few moments later, the defendant stood up and walked away.

The victim’s brother told police that he had a bad feeling about the incident — that the defendant had tried to do something bad to his sister — but also thought that it was not possible. However, when the defendant’s action was repeated on the early morning of Tuesday, last week, Aug. 28, the victim’s brother decided to inform law enforcement about what happened.

The victim’s brother told police that it was early in the morning around 4a.m when he heard his sister talking to somebody in a loud voice. He stood up and rushed to his sister’s room and saw the defendant leaving their house. In fear that something bad might happen to his sister, the victim’s brother decided that he should inform the police regarding this matter.