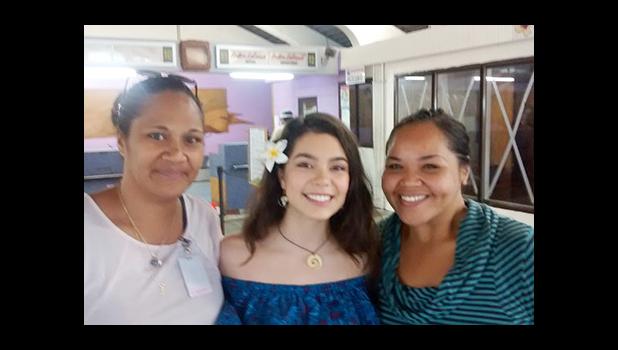 Mrs. Ainoama Ameperosa-Leota and Ms. Dacia Toilolo of Port Administration had a chance to meet Auli'i Cravalho — the star & voice — of Disney’s animated movie, “Moana”, yesterday morning at the airport, on her way to Samoa with her mother and the Disney film makers.
They said, “It was an honor to meet a Disney star and she was glad to meet some of the people here in American Samoa.”
Ms. Cravalho, who is 16 years old, is the voice of Moana in the latest blockbuster animated Disney film, which is currently playing at the Nuuuli Regal Cinema.
The group will be in Samoa to say thank you to the people for helping with the film and it will include a workshop.