Samoan women determined to make noise in a ‘man’s world’ 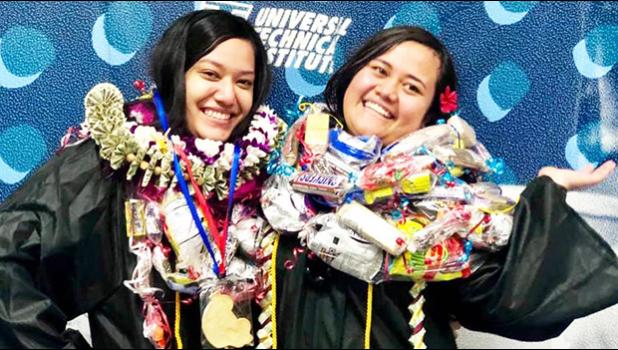 Avondale, ARIZONA — Two Samoan females have completed a program dominated for years by males, and they have excelled, graduating from Universal Technical Institute (UTI) in Arizona.

Manatuaafiaisionavao is the daughter of the late La’auli and Lanuola Ifopo of Fagatogo, Leone, and Tafuna. She was raised by her aunty Puamemea Ifopo. When asked about her future plans, Manatuaafiaisionavao said she wants to pursue a career in the automotive field (technician) in the military, particularly the United States Air Force.

The two girls are both graduates of Nuuuli Vocational Technical High School (NVTHS) and were roommates at UTI. In addition to getting their degrees, Manatuaafiaisionavao and Leilani both graduated as members of the Alpha Beta Kappa Honor Society, Diesel Dark Side and All Data.