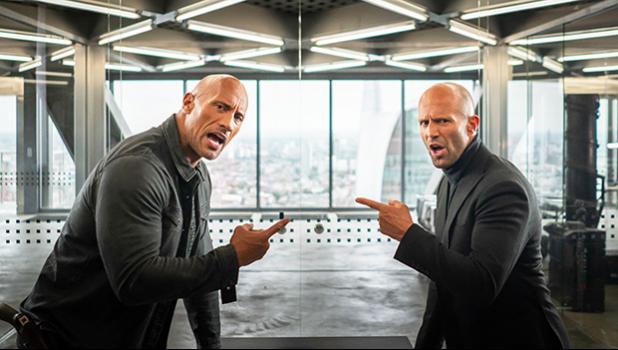 HOLLYWOOD — For years, Hollywood has been making slow and steady progress in embracing other cultures on the big screen. For decades, many of our heroes on the big screen only reflected a certain chunk of the American demographic, and as we become more diverse, it’s been nice to see changes to the big screen being change to reflect that. We’ve had films like Black Panther, Coco, and Captain Marvel hit it big, and of course, there’s another big movie on the horizon that fits the bill nicely.

I’m talking about Fast & Furious Presents: Hobbs & Shaw. Of course, this movie stars co-leads Dwayne Johnson and Jason Statham, and “for the first time ever in blockbuster tentpole movie,” Johnson said while introducing the new trailer for the action flick, “we’re very proud to showcase our two culture — the culture of England and the culture of Samoa."

Johnson went on to state at CinemaCon 2019:

"It’s the very first time we’ve seen Samoa ever featured and ever showcased in the movie…Yes we have the explosions and the epic-ness of everything you’d expect from a Fast and Furious movie but now you also have this mana, the spirit that we lived in Jason and I, David, all of us."

Dwayne Johnson and Jason went on to talk about the camaraderie on the set of Hobbs & Shaw. So even though Deckard Shaw and Luke Hobbs have a bit of a competitive relationship, it’s clear the idea of “family” that’s such a big deal to the Fast and Furious franchise is going to translate into this new offshoot as well.

"There’s a moment in [the] trailer where the energy changes… and there’s something called the Haka. You guys familiar with the Haka? OK great. Well, we don’t do that in this movie. But what we do is called the ‘Siva Tau.’ The Siva Tau is the Samoan version of the Haka and we still call upon our ancestors."