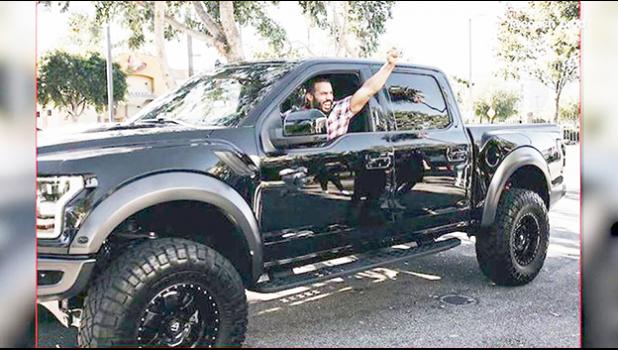 Hollywood, CA — A selfless and hard-working veteran got an early holiday gift from none other than Dwayne “The Rock” Johnson.

The superstar’s surprise unfolded at a screening of his new film “Red Notice,” where Navy veteran Oscar Rodriguez was in attendance. He called Rodriguez down to the stage and praised him for his kindness.

Rodriguez was glad to just meet Johnson, whom he told KABC he admires for “his positivity and how he inspires others.”

But the surprise wasn’t over.

Johnson gifted Rodriguez his own personal truck, a customized Ford F-150 Raptor. He posted video of the moment on Instagram in which the veteran collapses to the ground in tears.

“What the heck is happening?” said Rodriguez in the video. “Get out of here.”

The two then shared a hug.

“He deserves a lot more than my personal truck,” Johnson wrote on Twitter. “Kindness matters to me, so thanks… for being so kind to so many people.”

Rodriguez later shared images of himself with his brand new ride, saying he had no words to express how grateful and blessed he was.

Someone from a gym where Rodriguez used to work nominated him for the gift, KABC reports.