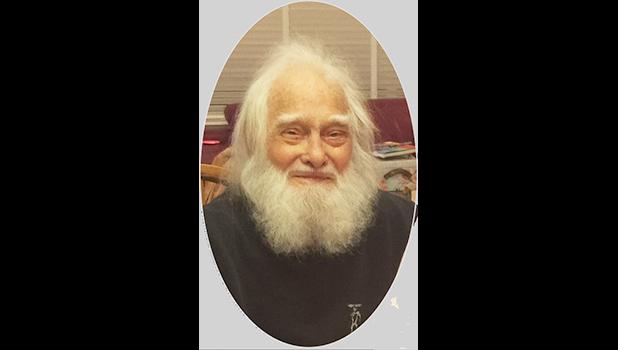 Eagle River, ALASKA — Long time American Samoa resident Lawrence P. French (Frenchie to his friends and associates) died at the ago of 85 on the 16th of January 2021 in Eagle River, Alaska.  He was in the care of his son John French for the last few months of his life.

A memorial service will be held at a later date at Holy Family Cathedral.

Lawrence was born on Dec. 5, 1935 in Lewellyn, a small town in western Nebraska.  His parents were Lloyd and Mildred fern French.

He graduated from high school in North Platte, Nebraska in 1954 and that was where he met his future wife, Jane Justice Greenawait, also a North Platte High School student. They were married on June 29, 1957 in Kansas City, Missouri and had two sons, Lawrence Jr. and John.

After high school Lawrence served his country in the United States Army, specializing in Artillery Survey.  After his discharge in 1960 the family moved to Colorado where he attended Colorado State University, graduating in 1968 with a Bachelor of Science in Construction Management.

In 1973, after four years in Honolulu he and his family moved to American Samoa.

He worked on various construction and volunteer projects until in the early 1980s when he established L.P. French Professional Services, a Land Survey company.  In his role as surveyor, he was known for his exceptionally accurate surveys and his robust client defense on land cases in American Samoa district Court. Lawrence was also known for his volunteer work and support of catholic Social Services and the Diocese of Samoa — Pago Pago.

HE IS MOURNED BY HIS CHURCH FAMILY

Rep. Larry Sanitoa sent out a message over the weekend informing friends and fellow parishioners of the passing in Alaska of Mr Lawrence French. Here is the message in full:

It is with a heavy heart that I share the sad news of our life long community member and friend Mr. Lawrence French's passing last Friday night in Alaska while surrounded by his wife Jane and family.

The French's made American Samoa their home many years back as Jane led the DOE Special Education program until her retirement. Lawrence had many trades, but he was a Land Surveyor expert that the government and many local families hired to assess and survey their family communal lands. He successfully established and operated LP French Professional Services Inc. in our territory.

Lawrence and Jane were Charismatic Lutherans, but they joined our Holy Family Parish while Fatuoaiga was still being built. They both firmly believed they were on a special assignment within our Catholic community to share the WORD, hence they were instrumental in starting many Bible Study groups within our International communities and were instrumental in helping start the Catholic Charismatic seminars within our Diocese.

They helped in many ministries within our community, and in many of our major fundraising events, Lawrence was in charge of the construction and electrical work that was needed for either a carnival, fashion show or a youth dance at the hall. He was our GO-TO handyman when things needed to be built or fixed. Lawrence had a keen eye on construction matters and he would always lend a hand and even his crew to help out with a project for Hope House or other Diocese facilities.

Both Lawrence and Jane loved and adopted our Late Aunty Litara as their family and they spent a lot of time together having bible sharing gatherings and home Masses at the French’s home. A while back Lawrence actually survived a major heart surgery in the mainland and returned home. And we had the privilege of celebrating his 80th birthday at their home.

Last year during the strict restrictions due to the pandemic, Lawrence became ill again and both he and Jane left on the first Medicaid charter flight last July 2020. One of their sons kept in contact with Bishop Brown and before Christmas he advised that Lawrence was not doing so well… and then of his passing last Friday night.

According to his son, his final mass will be held this Thursday at St. Andrews Church, Alaska.

Lawrence had tremendous faith in God and he is rejoicing now and at peace with our Lord.  Our thoughts and prayers for Jane and their entire family for their loss.