FHS Class of ’88 meets up in Seattle 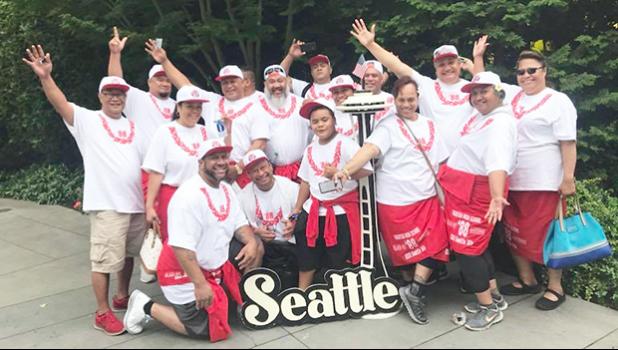 Members of the FHS Class of '88 pose for a group photo at their Seattle reunion. [courtesy photo]

The FHS Class of ‘88 ism not only known for the school’s first championship football team and academic achievement, but also for its many community services including founding the school’s Alumni Association fostering support for the eastern district, and establishing the annual Faga’itua High School Scholarship Foundation with alums in Hawaii.

The class mission is to be good role models for our younger FHS alums. As the Samoan saying goes, “E lele le toloa ae ma’au lava I le vai” echoes an important message to all — although we have left home we shall never forget where we came from, our beautiful island of American Samoa.

Members of the FHS Class of '88 after a volleyball game at their Seattle reunion. [courtesy photo]