Degree sets Tise Tialavea on the road to success 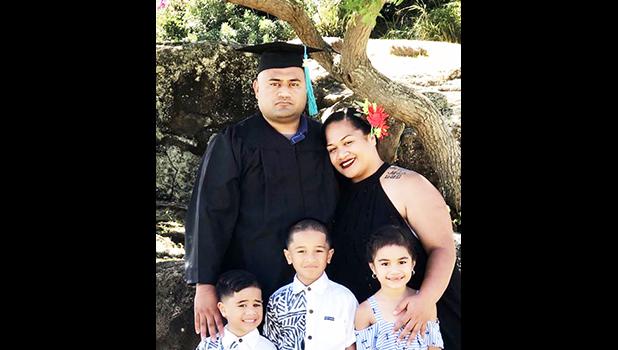 Honolulu, HAWAII — Tise Tialavea graduated from Honolulu Community College with his Associate of Science degree in Aeronautic Maintenance Technology earlier this year in May.

Despite how competitive the program was, Tialavea pushed hard and always believed that he could do anything through Christ who strengthens him.

Tialavea earned his Airframe and Power-Plant License from Heritage Flight Academy in Long Island, New York on July 15, 2019 and is now working as an aircraft mechanic for Hawaiian Airlines in Honolulu, Hawaii.

He is married to Aveiaotatoulotomolealii Ulimasao-Tialavea of Vatia and they have 3 children: Martavius, Queen Victoria, and Alexander.

The mechanic attended Marist St. Francis School during his elementary years before relocating to Alabama and Illinois in 2003 where he graduated high school and later joined the US Marine Corps from 2008-2012.