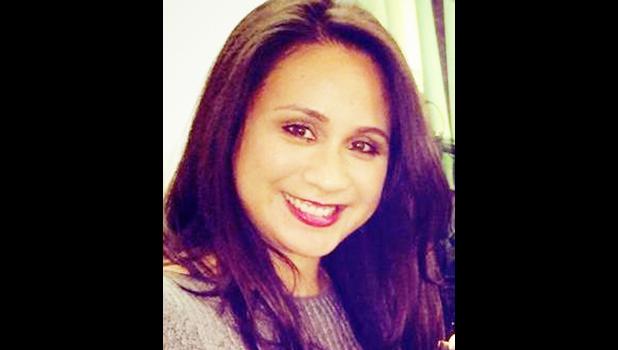 Candace Le’i Garcia, a 1991 graduate of Matafao Elementary School and 1995 valedictorian of Fa’asao High School, was recently promoted to Administrative Judge of the U.S. Department of Defense, Defense Office of Hearings and Appeals, in the Washington, D.C. metropolitan area.

Candace was born and raised in Pago Pago, American Samoa. She is the daughter of Matt and Emilia Le’i. Her siblings are Jennifer, Abraham, and Benjamin Le’i.

Candace then worked for one year as an Americorps member at the Legal Aid Society of Hawai’i, before returning home to American Samoa, where she was a court reporter for Samoa News for six months.

She then moved to Washington, D.C., and interned for then Congressman Eni F.H. Faleomavaega for two months before starting law school at George Washington University Law School in the fall of 2000.

During her second and third years in law school, Candace worked for the Department of the Interior, Office of Insular Affairs, under the supervision of Director Nikolao Pula. Upon graduating from law school in 2003, Candace was accepted into a year long Honors Program with the Department of the Interior, Office of the Solicitor, then subsequently worked for six months as an attorney for the Interior’s Division of General Law, Branch of Personnel and Civil Rights Litigation.

In the spring of 2005, Candace became an attorney with the U.S. Department of Defense, Defense Office of Hearings and Appeals. She worked for the California field office until the spring of 2008, when she returned to the headquarters office in the Washington, D.C. metropolitan area. She worked for 12 years as a Department Counsel, specializing in security clearance litigation.

In March 2017, Candace was promoted to the position of Administrative Judge. She is primarily responsible for making decisions as to whether it is clearly consistent with the national interest for federal government contractors to hold security clearances.

She is married to Rogelio Garcia, and is the proud mother of 2 ½ year-old twins, Amalia Concepcion and Matai Le’i Garcia.