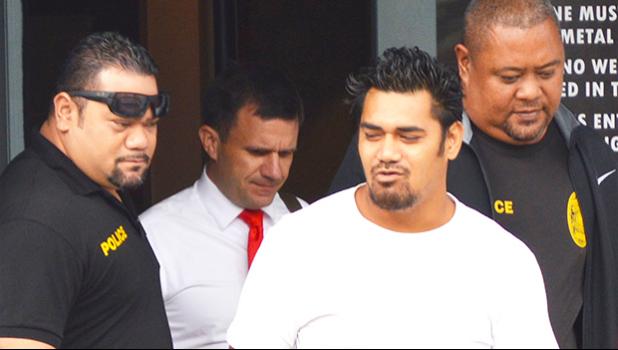 ARRESTED. Detectives of the DPS Vice & Narcotics Units escort Alapati Vaivai out of District Court last Wednesday after his hearing, back to the Tafuna Correctional Facility (TCF), where he was processed and released pursuant to a court order. However, after being released, he was immediately rearrested and detained in custody, pending transport to Hawai’i, where he is charged in the federal court in Honolulu in connection with a drug case.  [photo by AF]