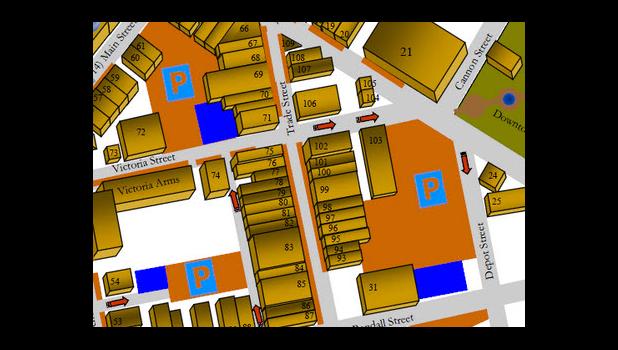 In the crosshairs of growth

This year, business interest in the Upstate has the potential to exceed previous years. Year-to-date 53 companies have visitedthe Upstate area with project interests, according Clay Andrews, director of investor and public relations manager at Upstate S.C. Alliance. “I think Greer is sort of right in the crosshairs of growth in the Upstate. There are so many positive things that are in Greer and surround Greer,” Andrews said.This time last year, 31businesses had visited the Upstate, and 2012 concluded with a total of 63 visits by businesses. About halfway into the year, the number of businesses thathave already visited the Upstate area has nearly  exceeded lasts year’s total, and already exceeding the 33 total visits in 2011.  “Well we have 567 companies in our pipeline, which means companies that we’re working with who have said they will have a project within it could be two years or more — some people we see say, ‘oh we’re not interested in doing anything’ — but we have 567 companies we’re following that feel like they will do something and are encouraging us to stay in touch with them,” Andrews said.The Upstate S.C. Alliance connects with businesses through call programs, tradeshows, mission trips or through site selection consultants.“I think [Greer’s] going to continue to grow and the Inland Port is going to have a huge impact. I think the question we have to answer now is: How big is that impact?” said Kyle Mensing, commercial development director for Greer Development Corporation.The Greer Development Corporation serves to bring business to Greer and retain current Greer businesses, according to Mensing. “I will say that from our organization, and I think our area as a whole, we’re very excited to see the Inland Port come because it provides a huge advantage for this area and helps connect us directly to the port on the coast, and I think it’s going to be a big tool for us to use in business recruitment and just generally driving interest to this area when it opens,” Mensing said.While not entirely credited for Greer’s growth, both Mensing and Andrews acknowledge that the Inland Port has had an influence on Greer’s potential for growth and businesses’  interest in Greer, despite not yet being operational. “I think the Inland Port certainly has an influence, but that’s more of a future thing,” Andrews said. “There’s always been strong interest in this area and I would say the Inland Port is another positive thing for us to talk about, but most of the companies we’re working with now aren’t sold on just thatfeature.”abradford@greercitizen.com