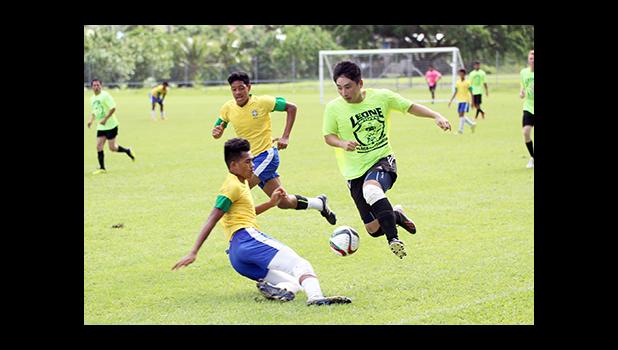 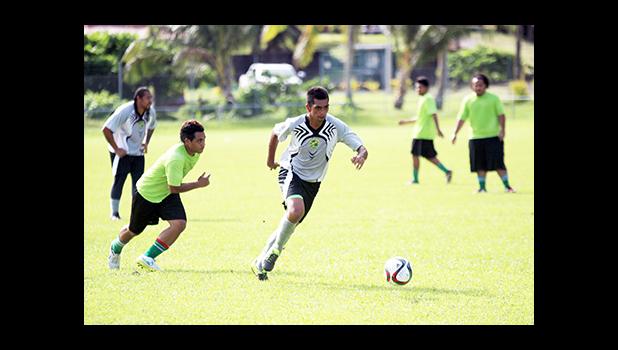 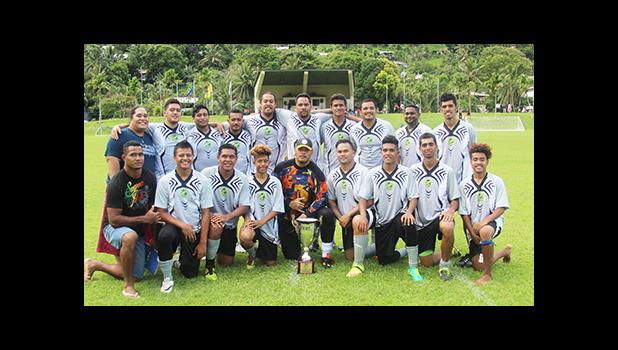 It was the last match day of the round-robin stage that closed out the first part of the 2016 FFAS National League. In other games, it was Ilaoa & To’omata 1, Vaiala Tongan 0; Green Bay 3, Black Roses 1 and Royal Puma 4, PanSa 1.

The Top 5 group will determine the champions for the 2016 season, and the Bottom 5 play for the final standings of the year in a round-robin format.

Two headers from a the Kaleopa brothers helped Utulei Youth hold on for the win against Lion Heart in another thriller from the two-time defending champions.

Iopu Kaleopa rose above a defender to head in the first goal in the first half, and younger brother Ne’emia Kaleopa headed in the game-winner in the second period.

Lion Heart had briefly equalized the game thanks to a goal in the second half from Harvey Manu.

The men’s FFAS National Cup is now out of play, now that the National League will be split into two, separate groups. This marks the third year in-a-row that Utulei Youth has held on to the men’s cup.

All season long it was Pago Youth coming up with the late game heroics to keep keep abreast of Utulei Youth, while at the same time trying to hold on to the No. 1 spot in the standings.

This time the roles were reversed, with the Tafuna Jets coming back from a 2-0 deficit to tie the game in the last 10 minutes of the match, thanks to two brilliant goals from Benjamin Tiatia.

Fish Rocha scored for Pago Youth while the second score was an own-goal by the Jets that all came in the first half. The draw on their last game of the first stage of the National League gave way to Utulei Youth to occupy the No. 1 spot all to themselves.

A Shane Ah Hing goal in the 30th minute was the lone goal of the game between the two teams mired in the middle of the standings.

After a closely contested first half, Green Bay managed to distance themselves from Black Roses with two goals in the second to win their third game of the season.

A draw helps them earn a point more than Black Roses (10-9) for the No. 7 spot in the standings. Scoring for Green Bay were Aleni Vaieli, Solomona and Junior Choi. Falanisisi Tomasi scored for Black Roses.

Ryan Pa’aga and Erwin Henrikus scored in the first half to make it 2-0, and in the second Pa’aga added another goal to go along with Willie Malele’s first. Tafiga Faimanu scored for PanSa in their ninth straight loss of the competition.