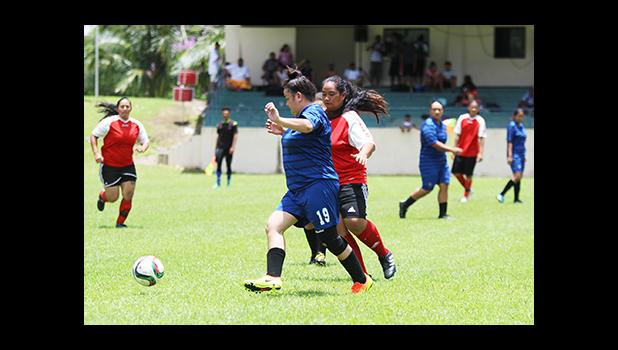 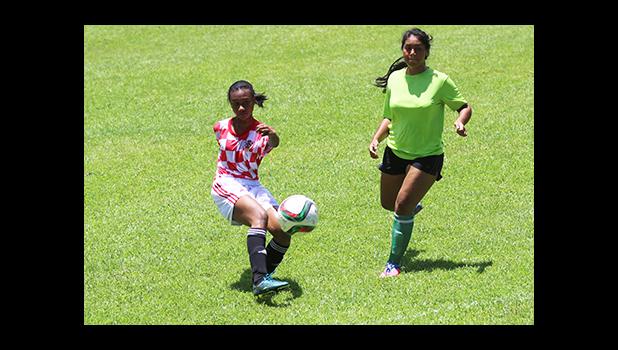 The Tafuna Jets retained the women’s FFAS National Cup 3-0 against Green Bay on the opening weekend of the 2016 National League’s second round-robin on Saturday, Oct. 29 at Pago Park Soccer Stadium.

The Jets are on an eight-game winning streak since the league started, with five wins in- a-row since taking the cup away from PanSa on Sept. 17, 2016. They are also the top scoring team with 27 goals, and the best defense with only two netted against them.

Back on Sept. 10 they squeezed by Green Bay with a 1-0 win, but this time around the Jets had a better output that was in doubt until the second half. Vasati Makiasi scored twice for Tafuna, but they led narrowly in the first half with a 1-0 score.

Green Bay had many chances to score as they had some one-on-one opportunities, but the shots just did not go through for them.

Mercy Seui secured the win for Royal Puma with a goal in the second half, helping her team earn only their third win of the season.

Both teams managed to score a goal each in the second half after going through a scoreless first period.

It was a matchup featuring two teams from the village of Pago Pago, and PanSa proved to be the better in their second meeting again with a 3-0 win over Pago Youth.

Pago Youth will challenge the Jets for the Cup this week while in other games it will be Green Bay vs. Ilaoa & To’omata; Royal Puma vs. PanSa and Lion Heart vs. Vaiala Tongan.