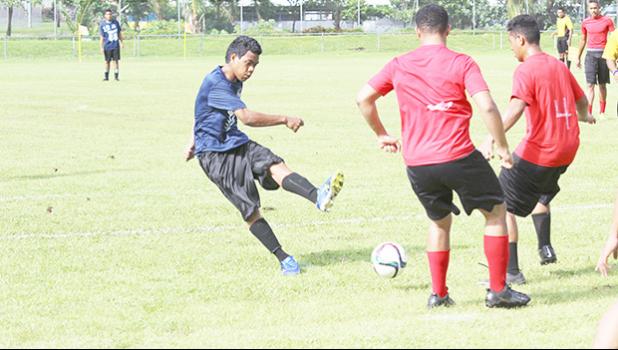 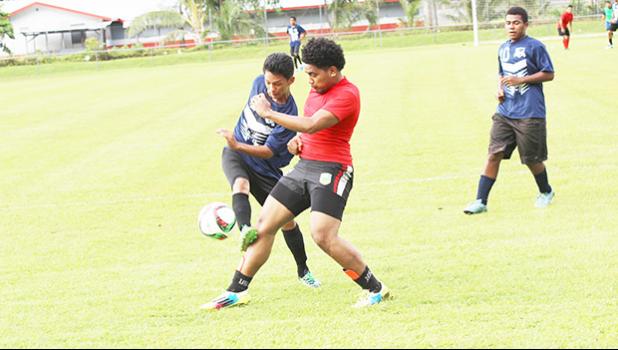 Samoana, the J-V champs from last year, will play sometime next week in a re-vamped schedule due to the withdrawal of Nu’uuli Voc-Tech from the competition.

The only other game set for that day, Kanana Fou Stallions vs. the Sharks, did not go through due to transportation issues for the former, and the game is being re-scheduled.

Eight teams will compete in the varsity division, and five in the J-V bracket. The varsity teams are the Dolphins, Vikings, Sharks, Stallions, Leone Lions, Tafuna Warriors, Fa’asao-Marist Crusaders and Iakina Adventist Academy. In the J-V division, the teams are the Sharks, Lions, Warriors, Vikings and Crusaders.

Faga’itua played with only nine players, and played a very competitive game against the defending champs despite not having the full complement of players due to a few no shows.

SPA scored their first goal five minutes into the game, but Faga’itua did not back down and scored to tie the game. The Vikings’ lack of numbers eventually hurt them as the Dolphins went on to lead 3-1 at the end of the first half, and then win the game 5-1.

Tafuna will take on Kanana Fou on Tuesday, March 28 while Saturday’s games are Warriors vs. Stallions (varsity); Dolphins vs. Sharks (varsity) and Crusaders vs. Lions (varsity & J-V).