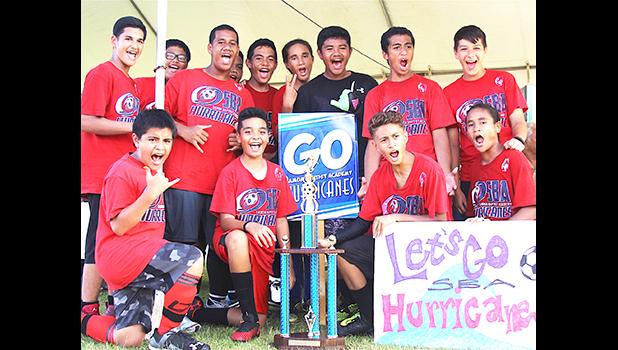 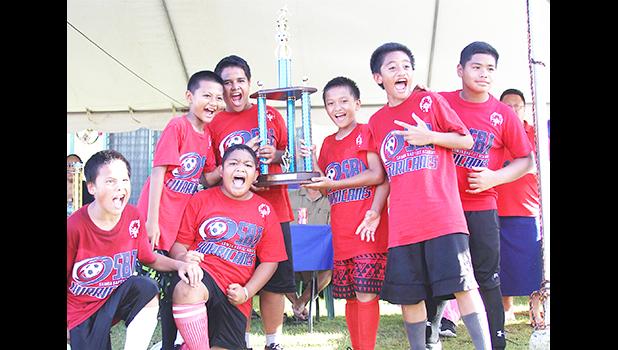 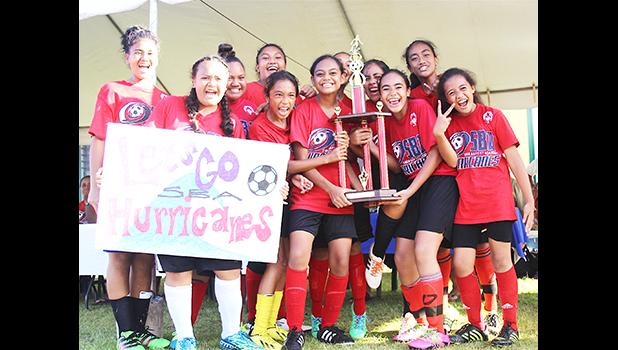 The championship games marked the end to the 7th edition of the soccer league for the private elementary schools that kicked off in October.

23 teams competed in the Grades 1-2 and Grades 3-4 divisions, and all teams were considered winners, as the competition was non-competitive.

“We want to thank all the schools, principals, parents, supporters, and especially the players for making this league another successful one this year,” said FFAS President Faiivae Iuli Alex Godinet. “We are very appreciative of all your efforts in preparing your teams for this competition.”

“We made a big change in terms of our competition this year, turning it into four divisions instead of the usual three,” said FFAS CEO Tavita Taumua.  “The only division that is the same as last year is the Grades 1-2, but this year we grouped the grades into two levels per division, with levels 3-4, 5-6 and 7-8.

“From our point of view it was very successful because we are trying to group the players together according to their ages.  The principals of the schools have gotten together and already made proposals for next year’s league, so our competition may look different again next year.

Samoa Baptist Academy clinched the Boys 7-8 title on the back of Dylan Langkilde’s two goals in the final, an effort that earned him the Most Valuable Player award for the division.

It was a close first half with Langkilde’s first of two goals the only one scored going into the break.  But in the second, No. 2 SBA reeled off three goals to put away a feisty No. 4 SPA.

The other teams that competed in this competition were Peteli Academy, St. Theresa, Marist St. Francis, Kanana Fou B and Pacific Horizons School.

No. 3 SBA continued its upset route to the championship title with a 2-1 shootout win over No. 1 Kanana Fou in the Girls Grades 7-8 division.

Johana Sovea tended goal for Samoa Baptist Academy and she helped her team clinch the title by making crucial saves during the penalty shootout to determine the game’s winner after 0-0 score during regulation.

Her efforts helped her nab the division’s MVP award at the end.

The other teams that competed in this division were Iakina Adventist Academy and South Pacific Academy.

Samoa Baptist Academy led 2-0, but Marist St. Francis fought back and evened the score at 2-2 before time expired.

In the shootout, SBA prevailed 3-2 in penalty kicks output to make it three out of four championship titles on the day.  Alex Faiivae of SBA was named the MVP of the division.

No. 1 Peteli A is the only top team from the competitive divisions to survive the semi-finals, and go on to win their division’s title.

They won handily, thanks to the division’s MVP Paulia Fa’aso’o, as she helped her team by scoring five goals out of the nine.

The other teams that competed in this division were Pacific Horizons School, Iakina Adventist Academy, Marist St. Francis and St. Theresa.

12 teams competed in the levels 1-2 division, and they were: