Private Elementary Schools soccer off to a roaring start 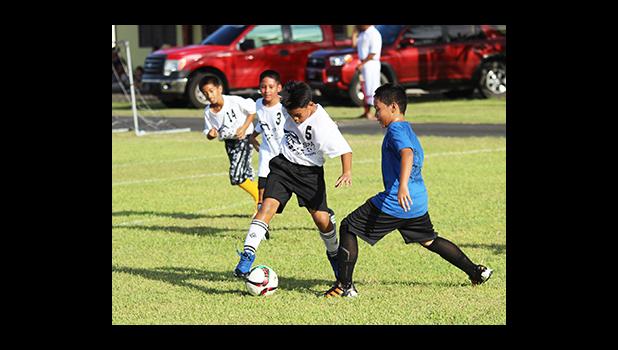 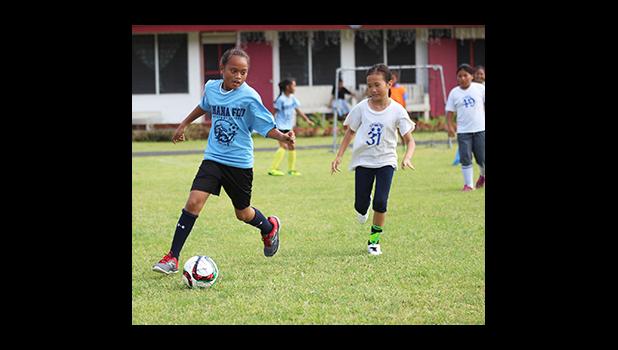 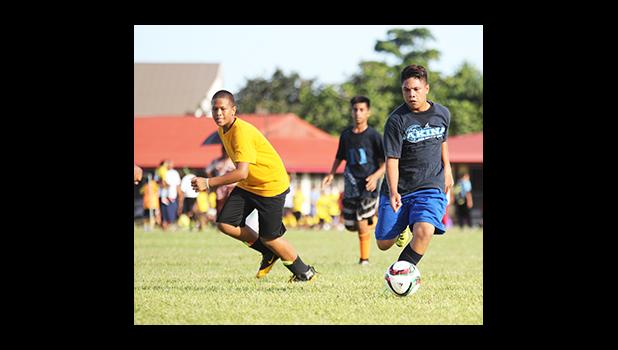 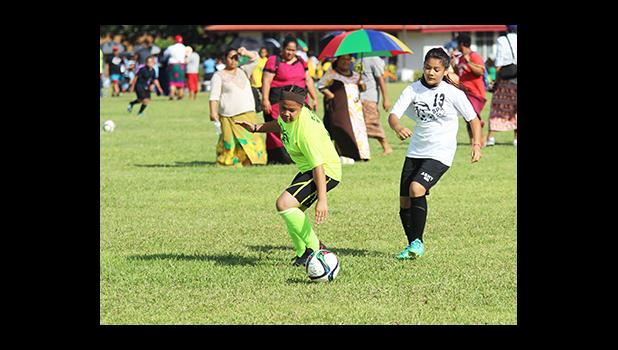 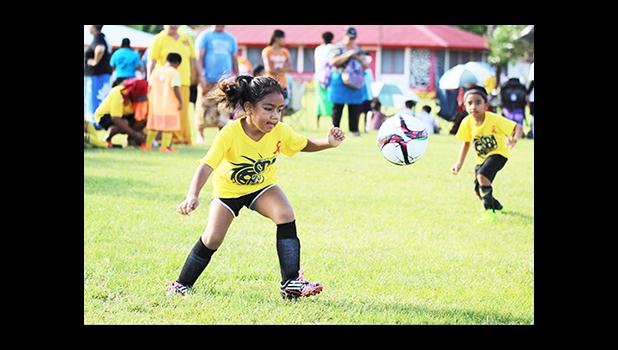 The annual FFAS Private Elementary Schools soccer league has become bigger, better and louder, thanks to the introduction of a new age group – Grades 1 & 2.

“What an amazing competition, to see all these kids out here playing, especially the young ones,” exclaimed one parent, Louis Solaita, during the opening day of the competition that kicked off on October 18, 2016 at the Kanana Fou Seminary field.

“That was just one of many, very positive comments from a lot of the parents on the first day of one of our most popular competitions for the elementary level students,” said FFAS CEO Tavita Taumua. “Last year we were asked by some schools to include a competition for the Grades 1 and 2 students (ages 5-7), so we started discussing it and planning it.

“To finally see these children enjoy themselves just as much as the parents on our opening day, it was a great feeling for our staff and our association.”

“This competition just gets better and better every year,” chimed in FFAS President Faiivae Iuli Alex Godinet. “I want to thank all the private elementary school principals for working together with our staff in making this happen.”

During the initial meeting at the start of the new school year in September, the schools were asked if they were interested in having a 5-a-side competition for the Grades 1 and 2. The answer was a whopping 14 teams from seven of the eight elementary schools participating in this year’s competition.

The Grades 1-2 group is mixed, and playing a 5-a-side format, with the competition tabbed as non-competitive, meaning all teams are considered winners at game’s end. There are 10 teams competing in the Grades 3-5 division for the girls, and an equal amount of teams in the boys’ same age group.

South Pacific Academy is the defending champions for the girls’ Grades 3-5, and Peteli the winners from last year for the boys’ Grades 3-5.

There are nine teams each in the boys and girls’ Grades 6-8 competition, with Marist St. Francis returning as the former’s defending champions, and Kanana Fou A winner of the latter’s division in 2015.

All games are held at the Kanana Fou Seminary field in Tafuna every Tuesday and Thursday, with the final day of competition scheduled for November 22, 2016.