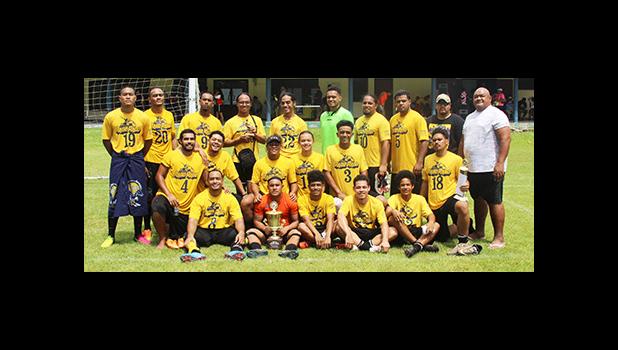 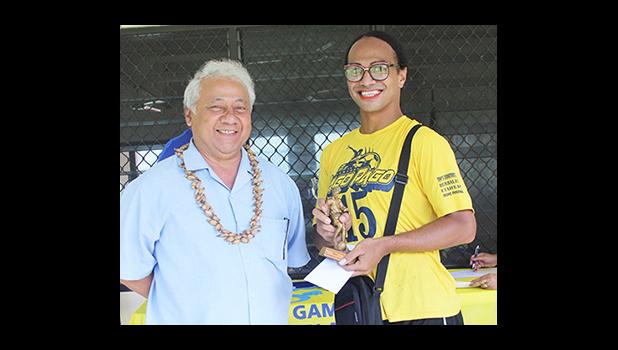 Pago Youth is back in the winner’s circle, after beating Utulei Youth 2-0 to formally clinch the 2016 FFAS National League championship title on Saturday, Nov. 26, 2016.

“It is a great win for us this year, and it’s good to be called champions once again,” said Li’a Amisone Jr., Pago Youth men’s coach. “The boys played well all year, and especially in this Top 5 stage. We finally proved that we are the best.”

A total of 10 teams entered the two-stage competition, with the first stage consisting of a round-robin format. Utulei Youth, the champions of the last two years, led by two points over Pago Youth (25-23) at the end of the first stage.

When the two met in the first stage, the game ended in a 1-1 draw. This time, they dominated Utulei Youth with a 2-0 win on the last day of the competition.

In the Bottom 5 Group, Green Bay beat Ilaoa & To’omata 3-2 in a thrilling match that went down to the wire to determine the winner and the division’s champion.

“I would like to thank our team sponsors for their support this year – Herbal Life, Tony’s Construction, Pacific Printing, Utaifeau and the (Pago Pago) aumaga,” Amisone said. “I also want to thank the boys for bringing the championship back this year.”

Pago Youth defender Sam Tualaulelei was named Most Valuable Player of the 2016 league.

FFAS President Faiivae Iuli Alex Godinet and executive committee member Amio Mavaega-Luvu were on hand to give out the trophies.

“Congratulations to Pago Youth for winning again, and I want to thank all the clubs for their participation in this year’s league,” Faiivae said. “Thank you to Rev. Ioane Evagelia and Utulei Youth, our past champions, and hope all the teams come out better next year.”

FFAS CEO Tavita Taumua said that this year saw a major change in how the competition was conducted, and it bore positive results.

“Last year we had two, condensed fields for our competition, so we decided to change it this year and have only one field for the men to run on,” Taumua explained. “We saw that it opened up the game more with teams relying on passing the ball more, and becoming more technical as teams with traditional, soccer formations.

“We hope this improvement continues, and we will look at ways that we can improve next year’s National League,” Taumua added.

Utulei Youth are still the holders FFAS National Cup, hardware that is put up for grabs by all clubs each week during the National League. They have held it for three straight years