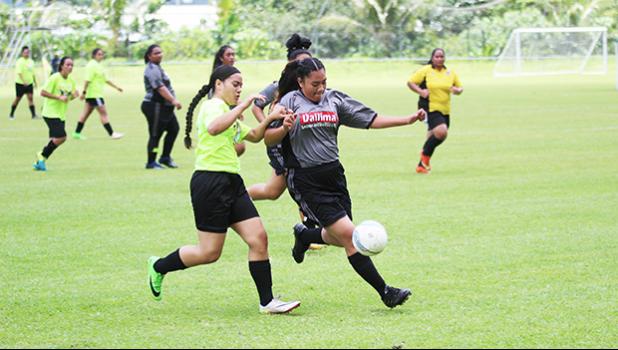 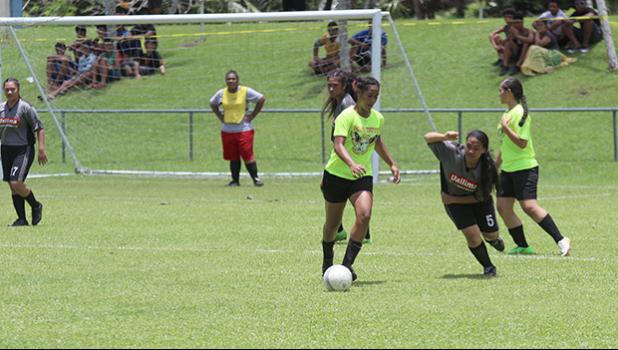 Pago Pago, AMERICAN SAMOA — Pago Youth’s 3-2 win over Taputimu Youth during their Round 9 meeting of the women’s 2018 FFAS Natioinal League on Saturday, Nov. 10 is two-fold for the cup holders.

First, it helped them retain the women’s FFAS National Cup in their toughest game yet, and secondly, they are now the top team in the standings, overtaking Taputimu Youth for that honor.  The loss drops Taputimu Youth to second place, and both teams are separated by a point in total points, 20-19.

Royal Puma has a long shot at making the top four playoffs with only two games remaining in the regular season.

In other games last week, it was PanSa 2, Green Bay 0 and Utulei Youth 5, Royal Puma 1.

This coming Saturday, the second to last round of the regular season, PanSa challenges Pago Youth for the cup while Royal Puma takes on Green Bay, and Utulei Youth plays against the Tafuna Jets.

Taputimu Youth, Ilaoa & To’omata and Vaiala Tongan are all off with a bye, the former two because their opponents — Lion Heart and Black Roses, respectively — were disqualified from the competition after accumulating two forfeited games each.

Pago Youth got off to a great start with a 2-0 first half score, thanks to goals from Sapina Tiumalu (7th minute) and Saono Enesi (22nd).

In the second half, Toalima Lagai cut the deficit in half with a goal in the 30th minute for the challengers.

But Susanna Lutali gave Pago Youth their third goal that served as the extra cushion to keep them ahead of Taputimu Youth in the 39th minute.

A brilliant free kick by Salevu Filiva’a from the left edge of the box dropped into the near post in the 42nd minute, putting them within one goal of Pago Youth but Taputimu ran out of time for any other goal.

PanSa managed a goal in each half to give them the win over Green Bay last Saturday.

They are tied with Ilaoa & To’omata with 17 points each, and hold a slight, goals difference edge (15-13) over the latter for the No. 3 spot in the standings.

Royal Puma has suffered this season from a loss of players that have all migrated to the U.S.,  and that has shown in most of their games this season.

They have been unable to play a full complement of players most Saturdays, managing the bare minimum of nine players to kick off the game.  Utulei Youth was able to run up the score against them last Saturday with Faafiu Faatonu scoring four of her team’s five goals.