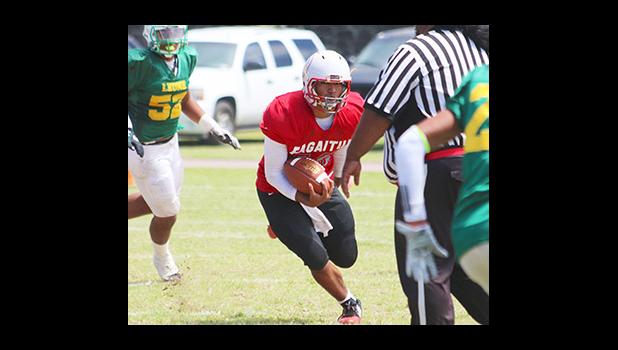 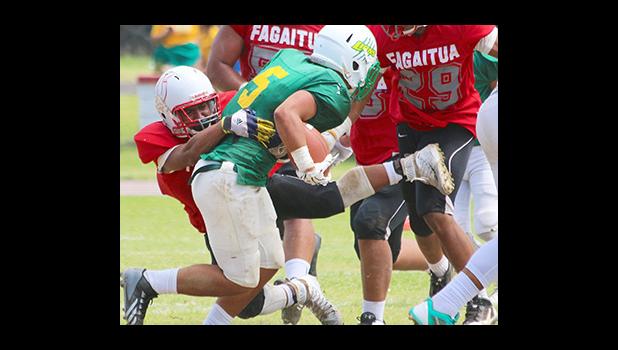 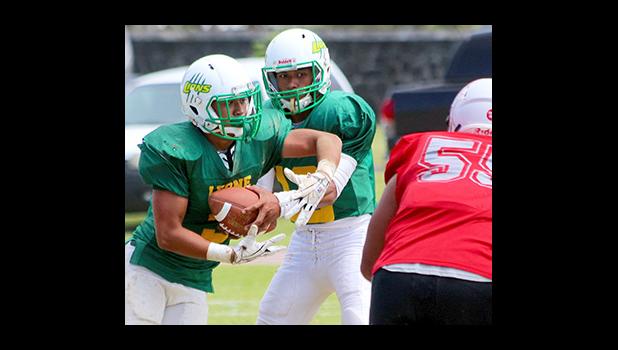 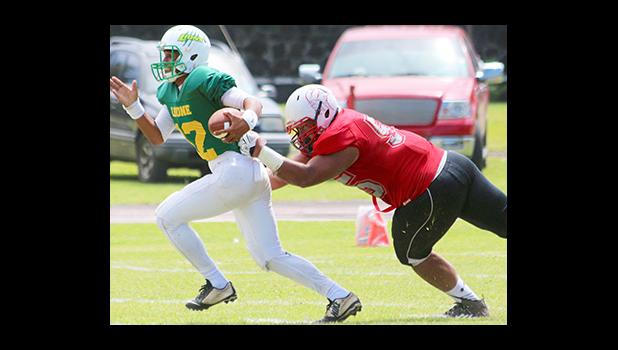 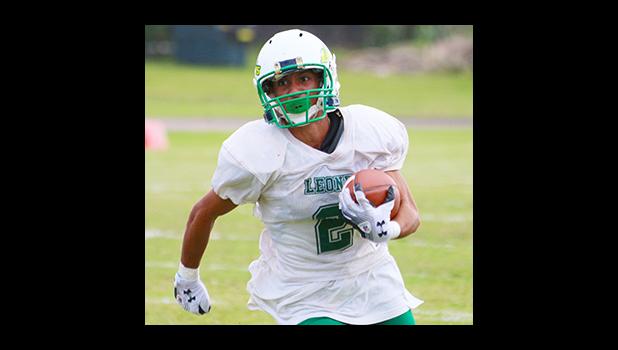 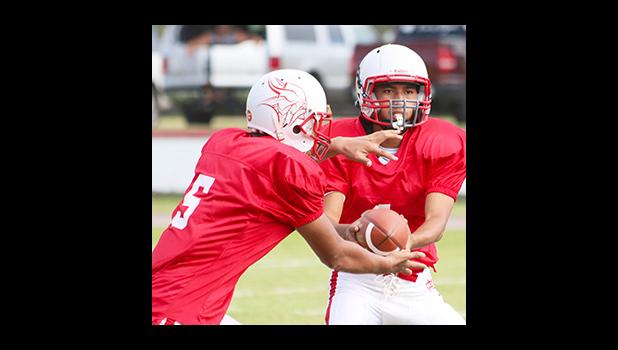 The king of the jungle, the mighty Leone Lions football team dominated the reigning champs from the East, Faga'itua Vikings in both divisional competitions in first game of the season a week ago Saturday.

American Samoa High School Athletic Association’s (ASHSAA) 2016- 17 Football Season Opener match up had the Lions written all over it, after Head Coach Okland Salave'a’s JV program slaughtered the Vikes in their 42 - 0 shutout win, and the 22 - 6 victory in the Varsity division – a defensive effort that will be reckoned by most teams this year.

Following the opening ceremony of this year’s season was the Junior Varsity battle between Leone and Faga'itua, where the Lions dominated the Vikings from all corners of the game. In fact, the Lions defensive core were so consistent and hungry, they managed to keep majority of possession – inside Vikings territory, for about 70% of the game.

The Vikings sideline on the other hand, didn't seem too much concerned about their loss; neither did they take any of their mistakes too seriously. Head Coach Suaese “Pooch” Ta'ase and his staff seemed more concerned about getting their young and new players, to break out of their shells, knowing that this was only the first game of the season.

As Ta'ase emphasized during their team pre-season promo coverage, Faga'itua's goal for the season is to get better as the season goes on – and that it's not how you start, its how you finish.

The main event of the day – the Varsity divisional match up that had people thinking the Vikings would avenge their JV loss, unfortunately ended up in the hands of Salave'a and his Lions, as they came out to play – and they definitely sounded out their roar.

The Varsity divisional competition that everyone has been waiting for finally went down last Saturday. It had the Lions take the opening offensive series of the game. Leone's offensive unit led by quarterback Ronnie Ma'ae unfortunately took a four and out after a harsh defensive stop by Faga'itua's defense led by Leroy Fesili.

Leone's defensive unit led by Juliano Falaniko and Api So'oalo managed to stop Faga'itua's Raemos Fano and his offensive squad, short of their first offensive series — not too long after that, late in the opening quarter of the game, and the game changer came from an interception from Lions Aroni Taua'a, who intercepted a pass by Ma'ase intended for his receiver, bringing the Vikings offensive drive to start at midfield.

From there, Faga'itua brought a havoc running game, a no huddle unstoppable Leroy Fesili and Advent Migi, set up a fortunate opportunity for the Vikings inside Leone's redone. 1:01 remaining in the first quarter, and Faga'itua scored the first touchdown of the game on an inside hand off from Fano to Maurice Lotovale for a 3- yard touchdown.

Their two-point conversion was short after a fumbled toss that was recovered deep in the backfield.

When everyone thought that Leone couldn't answer back — Ma’ae and his offensive unit proved them wrong, after a vicious running game that was led by Leone's returning star running back, Luteru Ah Loe.

The Lions who kept a consistent ground game with Ah Loe and Tavita Tima – 5:56 remaining in the half, and Ma'ae handed off another running play to Ah Loe, an outside counter play that separated Ah Loe from the Vikings defense, as he stormed down the sidelines to score Leone's first touchdown of the game.

Following Ah Loe's 76-yard touchdown run was the Lions two point conversion – a sweep play that brought the Lions back to lead after Tavita Tima crossed the goal line.

And then disaster struck for the Vikings when Faga'itua back on offense after receiving the kick off, saw a helpless Fano being devoured in the backfield by Leone's defensive line – which forced a fumble that was recovered in the end zone by d-lineman Jared Liu Kuey, for the Lions second touchdown of the game.

A wide receiver option play to Ali'itoa Langkilde was good enough to extend their lead 16 - 6 heading into half time.

Still in the first half of the game — the Vikings once again saw disaster hit in the same place, when their quarterback Fano, took a big hit on a quarterback keep – a hit that took him out for the rest of the game, and his return for this season is questionable.

With Fano out for the game, Ta'ase and the Vikings brought in back up quarterback, Vito Kitiona – their starting JV quarter back from last season.

Kitiona led a consistent option running attack – until he optioned for his first pass that was picked off by Leone’s defense his first interception of the season.

The second half of the game remained in the hands of Leone, as their defensive squad led by Aden Mao became even more vicious and their strength intensified majority of the second half – shutting out the Vikings completely.

At the same time, Ma'ae and the Lions offensive unit continued to punish their opponents with an honest running game.

In the fourth quarter of the game with the crowd going rowdy, Ma'ae hooked up with Juliano Falaniko in the end zone on a play action pass play, that added six more points to the Lions side of the scoreboard.

The clock wound down, and Leone's side of the field celebrated their first win of the season – with a new Leone Lions football program that showed up to roar.