AS Boxing Team will fight in Samoa next week 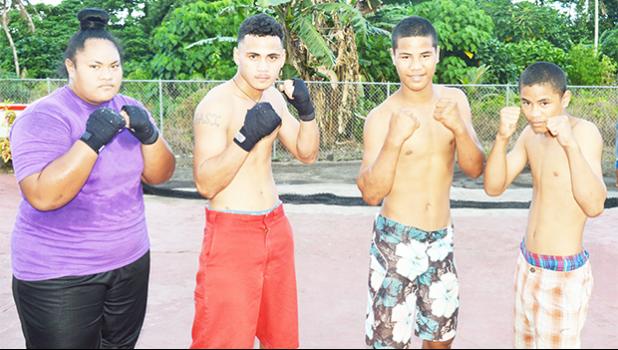 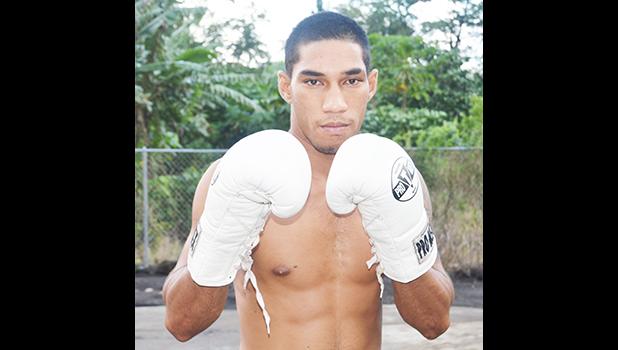 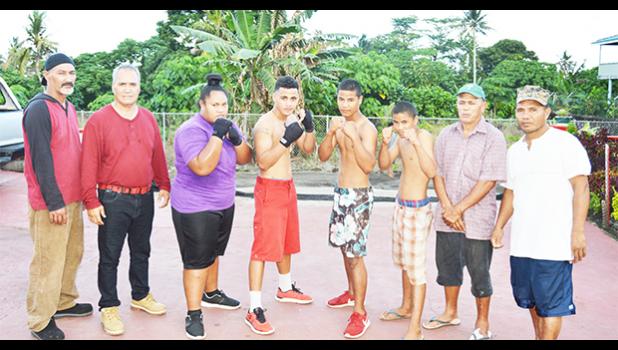 One female boxer will be competing in the super heavyweight division
By
Ausage Fausia
ausage@samoanews.com

The list of those will be representing American Samoa in the upcoming Annual Teuila International Boxing Championships in Apia was finalized last week.

The two-day tournament will be held at Tuana’imato Sports Complex on September 5-6.

The local team will depart for Apia this Saturday, September 2nd.

In a brief interview with the ASABA head coach last week at their training center in Tafuna, Sala Sanele Etuale confirmed to Samoa News that the roster has been finalized, and they've been training for over 2 months now.

“This will be a huge step for our young fighters who will be battling for the win this coming weekend. Not only will they get the chance to show they have the talent, but it will also prepare them for the next challenge in life. For our elite fighters, who have been in this business for a long time, this will be a good chance to prepare them for any future tournament,” Sala said, adding that the two new warriors have been in the ring for over two years now, and he’s expecting them to do well next week.

“Our female boxer has an undefeated record in over 20 amateur bouts," he said. "She defeated some of the good fighters from Samoa during past international tournaments and she has showed her power and skills every time she steps in the ring."

Keresema Tafa, on the other hand, is a young fighter who has the potential and the skills, and Sala is confident that he will do well next week in Samoa.

“Tafa is a young fighter," he said.

Tasi qualified for the Youth Olympics next year in Argentina after an outstanding performance at the Amateur International Boxing Association (AIBA) International Sparring Competition in Australia earlier this year in May.

When asked about his preparations for the upcoming scheduled fights in Samoa, Tasi said he’s ready for the challenge.

“I’ve been training very hard for the upcoming tournament and I’m in great shape, thanks to my trainer and his advice,” said Tasi, who says he is confident in his boxing abilities and shows no signs of nervousness.

“I’m not nervous about the upcoming tournament but I might get chills when I start in the ring, which is natural for all boxers; but I believe I can win a gold medal next week in Samoa,” said Tasi.

Samoa News caught up with Ioane during one of his training sessions and according to the 23-year-old boxer from Vaiusu, he’s been training so hard for the upcoming tournament and he’s taking it very serious.

“From what I’ve seen during many International Boxing Championships where I have represented American Samoa in the past, there are many taller fighters that I have to go through in order to win gold, and those are some of the things that me and my trainers have been working together on, in the past 2 months. I have to prepare myself to face any kind of  opponent, whether he’s tall or short, I have to prepare for all of them,” said Ioane.

“We’ve made a few changes and we’ve already felt the benefits for myself, and it’s helped in the completion of my training camp. I have full faith in all my coaches and I trust them totally, and I look forward to showing it when I step inside the ring next month”.

“I really want to win a gold next week. I want this badly. Now I have to go out and get it”, Ioane said. “It comes down to who wants it more and I want it badly”.

While he has stuck to the routines that have led him to winning two gold medals from his last two championships for American Samoa, Ioane senses that there has been an increase in intensity.

“There has been a shift in focus, the focus has been on a higher level,” he said. “I feel like I’ve hit the ground running. I feel like I’m sharp and focused, more focused than I’ve ever been”.

Coach Sala told Samoa News that he has seen changes in Ioane’s boxing style during their training.

“I am so happy with what he has been showing me during our training sessions. There is more focus when he and I are during training, the eye contact between us is better than it’s ever been, and it needs to be because this is one of the biggest challenges we have ever had,” Sala said.

The group is scheduled to return to Pago Pago on Thursday, September 7th.