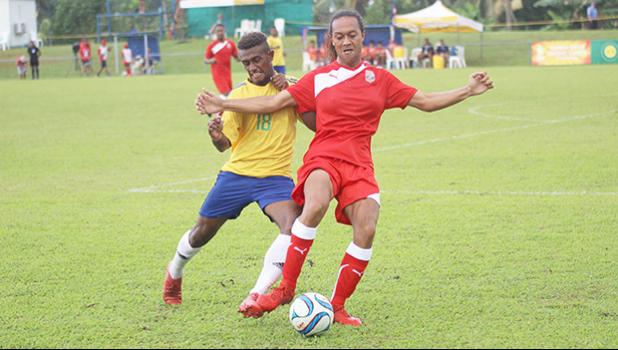 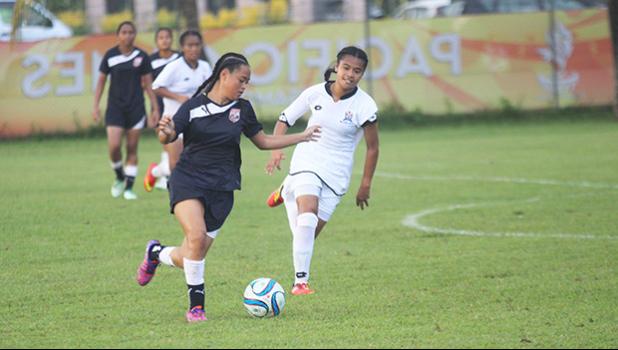 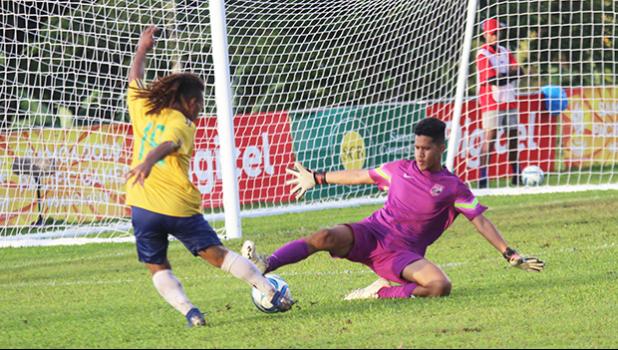 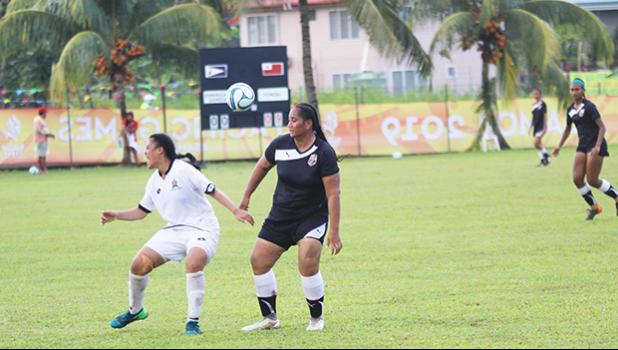 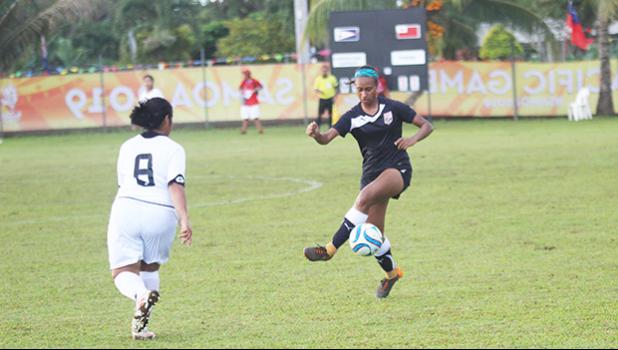 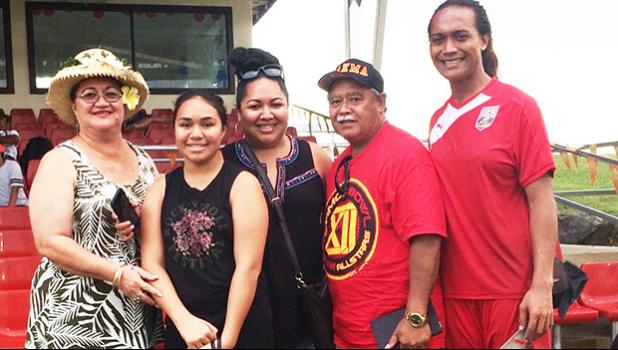 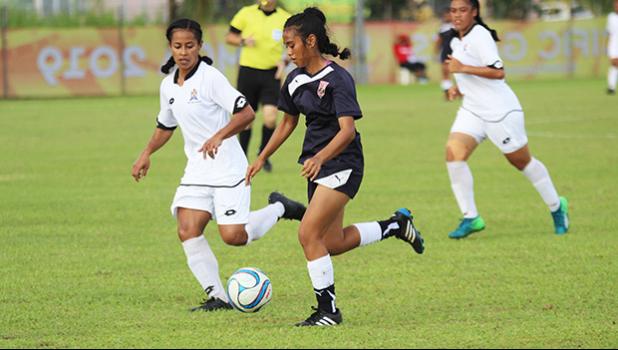 Apia, SAMOA — American Samoa’s men’s team let the second half get away from them in a 13-0 loss to the Solomon Islands on July 15, 2019 at the Toleafoa JS Sports Complex in Tuanaimato, Samoa on July 15.

The Solomon Islands scored three goals in the first half and got an assist with an own goal by American Samoa to give them a 4-0 lead.  But it was a hard fought four goals, as it took them 18 minutes to come up with their first one.

American Samoa did not sit back and defend but took the fight to their opponent, almost scoring first themselves with Ryan Samuelu beating the second to last opponent and then chipped the ball over a hard charging goalie, Timothy Maearasia. The chip went over Maearasia but it just went out of the right goal post by inches.

“Had that goal gone in, I think it would have changed the end result of the entire first half,” said Tunoa Lui, head coach of the American Samoa men’s team. “It was a great opportunity but unlucky.”

American Samoa went toe to toe with the Solomon Islands in that first half, giving no quarter despite getting scored on after a great effort in the game’s first 20 minutes.

In the second half, fitness level and skills came into play more, as the Solomon Islands edge in those areas gassed out the territory’s squad.

“Our players started off the game very well, they matched up well with the Solomon players and even were able to win a few tackles and go on the attack,” Lui said.  “But Solomon Islands was just too well organized and executed their passing and ball movement. The pace they set they were able to keep it for the entire game and this eventually wore us down.

“Once our players got tired, they started missing their defensive assignments and became unorganized, allowing the Solomon Islands to score nine goals in the second half.”

Fiu Johnny Saelua, Governor Lolo Moliga’s chief of staff, and ASG budget director Catherine Saelua, were on hand to watch their son, Jaiyah Saelua play. The team thanked them and their supporters, and in turn Fiu expressed their gratitude for playing hard and giving it their best out on the field.

The men’s team has one more game left in the competition, another tough opponent in Tahiti on July 18.  The team will depart for American Samoa the next day.

American Samoa was outmatched by Tonga, losing 12-0 during the territory’s final game of the women’s 2019 Pacific Games Samoa soccer game in Group A.

Played on Monday, July 15, 2019 at the Toleafoa JS Blatter Sports Complex, American Samoa’s tournament is now complete as they have a bye on the last day of the group stage, July 18.

Tonga came out firing on all cylinders by scoring two goals in the first two minutes of the game, and they never looked back.  After those two goals American Samoa started to organize themselves and play better, made a few attacking runs into Tonga territory.

The next two goals of the half did not come again until near the end with Tonga taking a 4-0 lead at the break.

Tonga, still in the hunt for the top spot in the group stage, were out to score goals in bunches and they did just that in the second half.  The next two goals they scored came six minutes apart, the first of the second half happened during the 47th minute and the next at the 53rd mark.

“It was a little too easy for the Tongans on us today as they scored twice not even five minutes into the game,” said the team’s coach, Ati Faamau-Samuelu.  “The girls didn’t put in the same effort in this game as they did in their last one, both physically and mentally.”

Two more goals came three minutes apart, in the 62nd and 65th minutes, making it 8-0. Tonga put three more into the net in the 70th, 72nd and 76th minutes. Their final goal came during the additional time with three players, two from American Samoa (Rayxena Fomai and Saono Enesi), sent off during the 89th minute. Tonga’s Carmel Uhila received a red card as well.

“It was a very tough game, Tonga came out ready to play and they played hard,” said the team’s captain, Beulah Oney, one of three players over the age of 20 on the squad.  “Our players were off today we didn’t play good out there.”

Tonga’s players ran well and completed their passes, as well as getting the ball out wide.  Their defense was top notch too, able to get American Samoa players off of the ball and limited their opponent’s attacks.

Both the head coach and captain agree that the team gained valuable experience from competing in the 2019 Pacific Games Samoa.

“The tournament as a whole was a great experience for our players because most of them are all young,” Oney said.  “It was a good learning experience for them to play in this high level, and against really good players too, especially since they are all local players.”

“It was a good tournament for most of them especially when it was their first time,” Faamau-Samuelu said. “Most of our players are young, but they performed well.  I’m just amazed with the effort they put in with this kind of level of competition.”

A good number of the squad are part of the U19 team and will be heading back home to continue training for the competition that will be hosted by the Cook Islands from August 31-September 12, 2019.

Sen. Faiivae Iuli Alex Godinet was able to make it for the team’s first game last week and sent them well wishes as the Fono went into session on July 8, 2019.

“More thanks go to our team manager and also a member of the executive committee, Amio Mavaega-Luvu, for her great support and guidance during our time here in Samoa for the Pacific Games,” she added.  “She supported the coaches in all their decisions and was a mentor to the younger girls.  Thank you to our management as well for their help, it was a great experience for us all.”