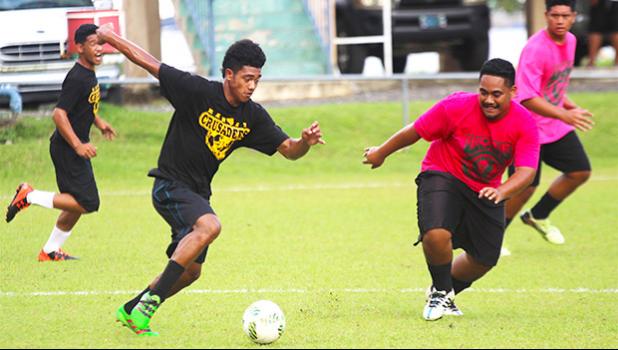 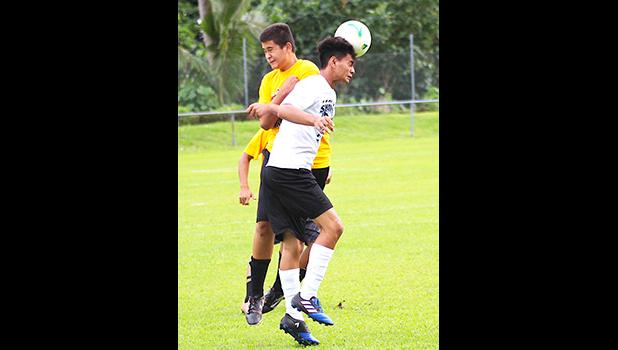 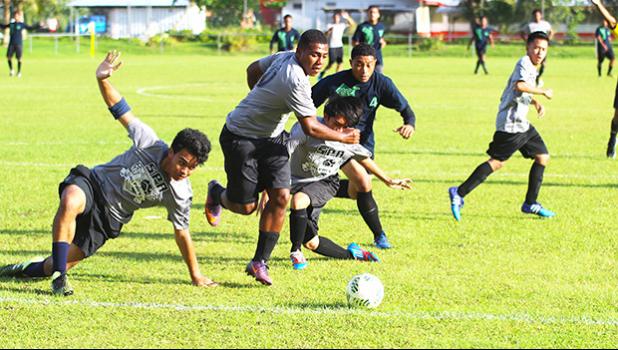 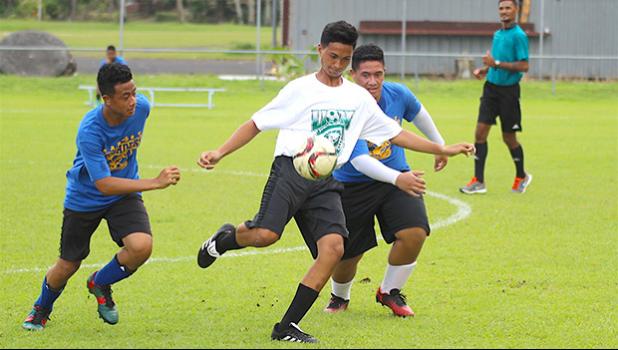 Pago Pago, AMERICAN SAMOA — The ASHSAA Boys soccer season kicked off with the Leone Lions taking on the Fa’asao-Marist Crusaders in varsity and JV action on Monday, March 26, 2018 at Pago Park Soccer Stadium.

Both Leone teams won their respective games, with the varsity winning 3-1 and the JV squad, 3-0.

The Samoana Sharks vs. Faga’itua Vikings game, scheduled for Thursday, March 29, 18, was postponed.

“We are looking forward to another great season, and hope all the schools work together with us in making sure the games are safe for all involved,” said FFAS President Faiivae Iuli Alex Godinet.

“We have Nana’s Company as security for our games, and after requesting the DPS for assistance, also have regular police patrols coming through our compound during the games to help with security,” said FFAS CEO, Tavita Taumua.  “We are thankful to DPS Commissioner Le’i Sonny Thompson for their help in this matter as a police presence is great security for our games.”

It is a single, round robin competition followed by the playoffs for the top eight teams only.  The quarterfinals are set for April 25 and 26, semifinals on April 30 and the championship game set for May 2, 2018.

The JV division will have a double round robin schedule with five schools — Fa’asao-Marist, Faga’itua (defending champs), Leone, Samoana and Tafuna — in the competition.  The team that completes the double round robin with the best record will be crowned champions for the 2017-18 school year.

The Lions got away with a win despite Fa’asao-Marist dominating during stretches, and missed more scoring opportunities than the eventual winners.

It could have been a tie game midway through the second half with at least three scoring opportunities missed by the Cougars.  They also missed a PK in the first half.

Elliot Lelei blasted a shot from the edge of the penalty box and the strike flew straight into the back of the net for an amazing, game-winning goal against Tafuna.

Samoana’s defense of their 2017 title is off to a great start, and they are loaded with weapons, especially in terms of experienced players.  They have Gabriel Taumua, Lelei, Junior Choi,  Pesa Taugavau, Chris Taimovai and John Iele, all players that played in the 2017 FFAS National League.

At the moment they are the team to beat.

Iakina made quick and easy work of the SPA Dolphins with a 2-0 shutout win, thanks to unselfish play.  Iakina players made use of the ball, falling back to passing the ball to work it to the player with the best shot at scoring for their team.

When they went away from that they struggled, but when they made use of the ball by passing it amongst themselves they played better than last year’s team that finished second place to Samoana.

Leone led the first half 1-0, then scored two more goals in the last to complete the game’s final tally of 3-0.

Tafuna went into the break up 1-0, and managed one more score in the second half to hold off Samoana 2-1.