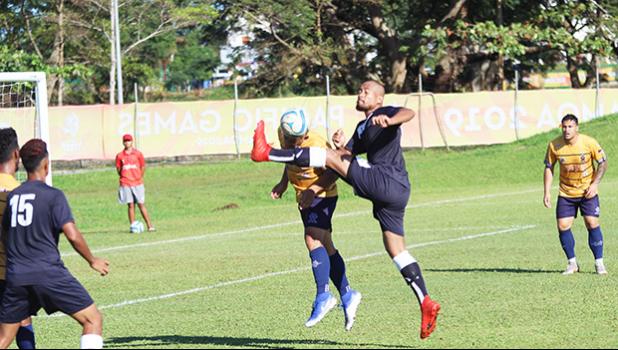 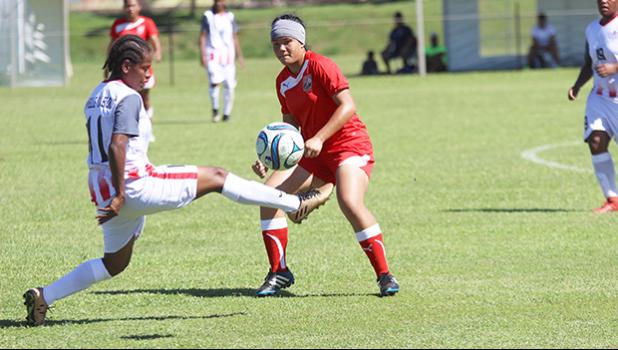 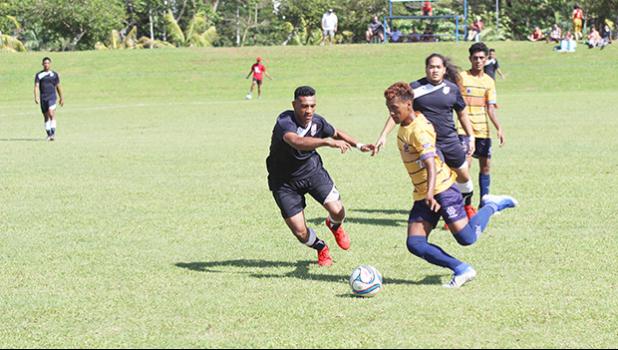 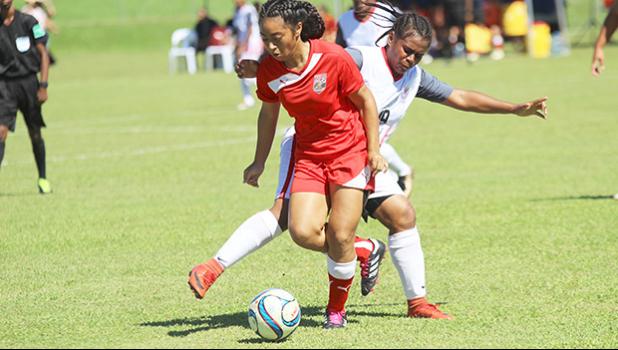 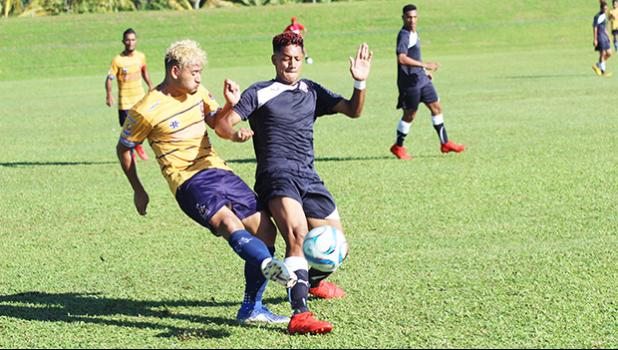 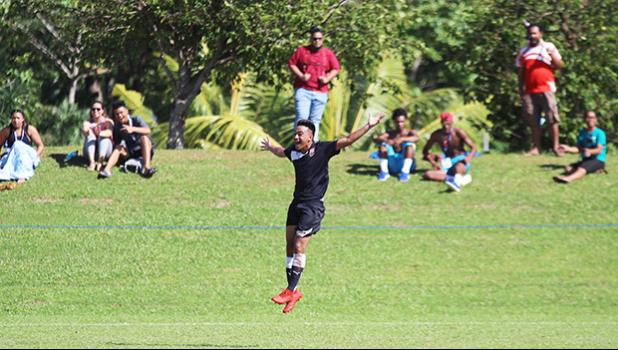 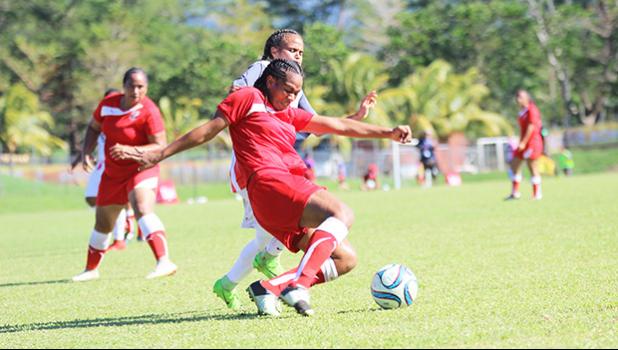 American Samoa had been knocking on the scoring door all game-long, but finally cracked through on Pati’s shot during the 70th minute of the game. Pati took the shot from the edge of the box and closer to the sideline, and luckily for him, Tuvalu’s goalie stumbled, and that was enough for the ball to bounce past him once and go in for the goal.

Tuvalu’s goal came in the first half after a miscommunication between defender Ueli Tualaulelei and Nicky Salapu, and this allowed Tuvalu’s Alopua Petoa to win the ball and shoot it into the back of the net in the 31st minute.

Jaiyah Saelua turned back the clock on this game as he played superbly after a slow start.  He was not settled in the first 10 minutes of the game, but after a sliding tackle from five yards away, winning the ball and getting up off the ground to possess it, it fueled Saelua to a great performance. He was a stalwart at the back for American Samoa.

He covered the left side, then the right, and at one point found himself on the attack and even took a shot at goal. High balls were easily handled by Saelua, and when he needed to get physical with the opponents, they were bumped and jostled out of position.

Takai Pouli also played a great game as many of his teammates were off on that day against Tuvalu.  Pouli ran the length of the field on the attack, and then hustled back on defense.  Both of these players brought their best against Tuvalu, with teammates Roy Ledoux and Milo Tiatia chipping in with solid performances as well.

American Samoa dominated possession in the beginning and played pressure ball up front.  This allowed them to win the ball more and go on the attack.  But after 20 minutes, Tuvalu started to turn the tide and took it to their opponents as they started to accumulate attacking opportunities.

American Samoa’s next opponent is the Solomon Islands on July 15, 2019 at four p.m.

The American Samoa women’s team lost to New Caledonia 9-0 in a sluggish performance on Match Day 3 of the 2019 Pacific Games soccer tournament on July 12 at the Toleafoa JS Blatter Sports Complex in Tuanaimato, Samoa.

Coming off of their emotional draw with Samoa two days earlier, they played strong and organized during the first 10 minutes of the game, repelling early attacks often. But the team started to break down after that from front to back, with New Caledonia players beating the midfielders with ease.

The strain became too much for the defenders as New Caledonia scored two goals six minutes apart. At the end of the first half it was 6-0.

“The girls were off today, they played well during some stretches of the game, but they didn’t have the same energy level,” said Ati Faamau-Samuelu.

In the beginning of the first half, goalkeeper Fomai picked up where she left off in the game against Samoa, making some great stops. However, once that first goal went through, it spelled the end for American Samoa’s chances at a repeat performance of their last game.

But bad news struck in the second half when Fomai was carted off on the stretcher with a knee injury, forcing American Samoa to go with a young and inexperienced goalie, Zeporah Talo.

Fortunately, the back four, led by a feisty Olivia Vaiomounga, stepped up their game and worked hard to make Talo’s job easier.  For her first time in a highly competitive environment, Talo played to the best of her abilities.

“We get two days of rest before our final game against Tonga, and that’s going to be good for our team,” Faamau-Samuelu pointed out.  “We will use those two days to rest and recuperate.”