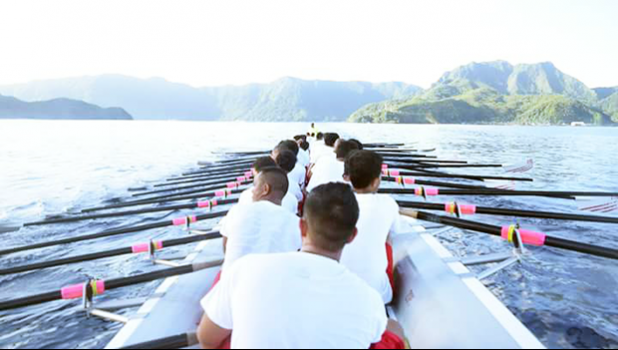 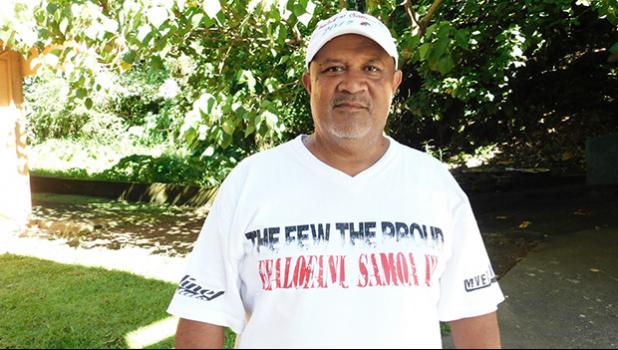 The Fealofani crossed the finish line, yesterday, anointing its mostly ‘new’ crew with the experience of what le faigamea i le tai is about, stamina, strength, and unity. Good experiences for an inexperienced crew, and certainly in keeping with the spirit of the 2017 Flag Day theme: “Tupulaga mo a Taeao (or Youth for Tomorrow).

In an interview with Samoa News, the evening before the heats, Captain Atuatasi Aga Seigafo, who has been leading the Fagasa fautasi team for the last three years, said, “We go by our name …Fealofani (to get along).”

According to Atuatasi, Fealofani had been training since the month of February. As part of their training they would wake up at 3am, starting the day with a word of prayer, then training for an hour and a half. After the morning trainings some of the boys would go to school while the older ones would go to work. When the boys are done with work and school they would meet at 4:30p.m. at the Pago Pago Harbor to perfect their skills of rowing on the water.

He said, “When we are done with our training on the boat, we then run from the Pago Pago Harbor going all the way back to our home Fagasa. This is a good time for us to strengthen our unity with everyone especially with the committee members of our fautasi.”

One of the committee members of the Fealofani shared with Samoa News the importance of unity. “Last year was a rough year for our Flag Day, so this year we wanted to teach our boys no matter what happens on the water, we will set the example of being unified with the other fautasi boats.”

The captain added, “We go by our name Fealofani, because our goal is to work together and to be in unity. If something happens with one of the boys on the water we will make sure this will be taken care of, and as of now, we have already disciplined these boys to represent our name Fealofani well on the water.”

Samoa News understands there are 44 seats on the boat and Atuatasi confirmed there are 6 boys who are substituting.

He also said that this is the first time in the history of Fealofani, where they have 23 new boys, most of whom are tupulaga.

Atuatasi concluded by giving thanks to his village and the people for their support of the boat and the boys especially to former Judge Satele Lili’o, who would be on the boat with them.

“Not forgetting, thank you to all our families and friends who are off-island and cannot be here physically for your support and wishing us best of luck. Thank you for thinking of us.

“Best of best of luck to all the fautasi teams, and let’s pray for good weather so we can have a good race and safe one to celebrate the real reason we are doing this: it’s because we are one and we are American Samoa,” he said.

While its heat results were 41:03.23 — placing ninth overall — the Fealofani captain and crew will once again take to the seas in a special race, to run this morning.