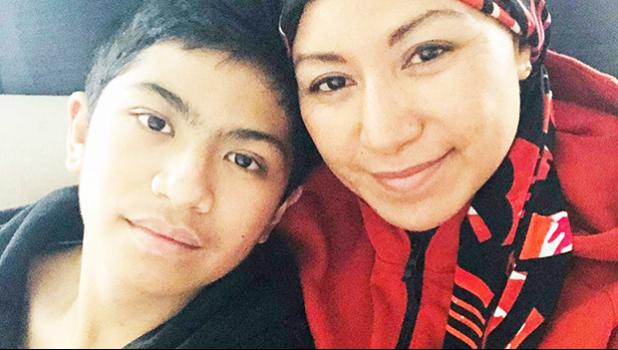 Auckland, NEW ZEALAND — An Auckland bodybuilder who thought she was too fit and healthy to get sick is warning women, especially Pasifika women, to pay attention to their health after she faced cancer this year.

Miriam Fuimaono, 40, describes herself as a gym enthusiast, working out daily without fail – sometimes twice a day – for the past three years, as she competed on the figure bodybuilding stage.

She used to work out so hard that pulling a muscle or getting injured became normal to her.

So when she noticed a dimple under her left breast in her bathroom mirror in March, she didn’t think too much of it and carried on with her day.

She had also just turned 40 a few months earlier and felt she was at her healthiest, so was too fit to get sick.

“I remember sitting on what I saw for a couple of days after I saw it, then on a whim I decided to look up the Breast Cancer Foundation,” the east Aucklander said.

“The signs told me that I needed to get it checked.”

Fuimaono booked an appointment with her GP a week later and it was confirmed that she had a cancerous lump on her breast.

After a mammogram and an ultrasound, a doctor told her the most-dreaded news – there wasn’t just one tumour, there were two.

“It was stage two [cancer]. I didn’t know much about cancer, but I’m so glad that we caught it early. It’s been a really bizarre year, not just on the physical side, but my mental and emotional wellbeing, took a bit of a hammering.”

Fuimaono also believes her experience has put her in a unique position to inspire Pacific women to realise the importance of being vigilant about their breast health.