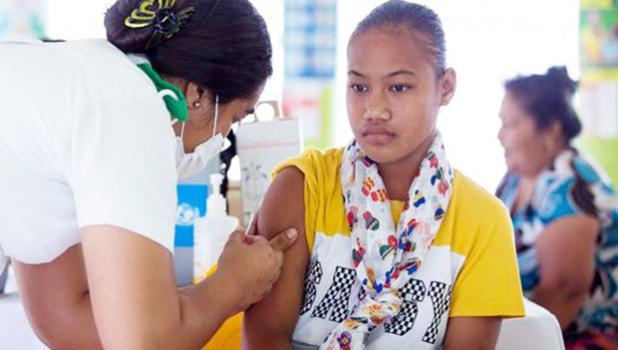 Apia, SAMOA — The Samoa Observer is reporting that there have been no fatalities in the last 24 hours ending Sunday night (Samoa time) as new measles cases continue to drop in Samoa, according to the latest Government update.

It is the third consecutive day without fatalities and all new measles cases reported in the last 24 hours are all from Upolu with none from Savaii.

The Samoa Ministry of health reported a total of 5210 measles cases to date with 150 measles related cases admitted in health facilities around Samoa, with 16 critically-ill children in the intensive care unit.

"The total number of measles cases admitted to all hospitals recorded for the outbreak to date is 1,648. Of that, 1,426 (87%) patients have been discharged," the National Emergency Operation Center report reads.

On Saturday Prime Minister Tuilaepa Dr. Sailele Malielegaoi, announced the national state of emergency will not be lifted and has been extended to December 29.

Tuilaepa said the decision is based on the recommendations of the National Emergency Operations Centre Chairman, Ulu Bismark Crawley and his Disaster Advisory Committee who have highlighted the need for immunisation programmes to continue for public safety.

"We need to reach the 100 percent vaccination for the country and so far we have reached 92 per cent of vaccination," Tuilaepa said.

"To date 579 children under 18 years have not been vaccinated and hence the need to continue the S.O.E."

State of emergency conditions include bans on public gatherings and children aged under 19 from congregating in public places.

Consequently, Samoa Shipping Corporation have announced travel restrictions between Mulifanua and Salelologa for children below the age of 14 who are now required to show proof of vaccination.