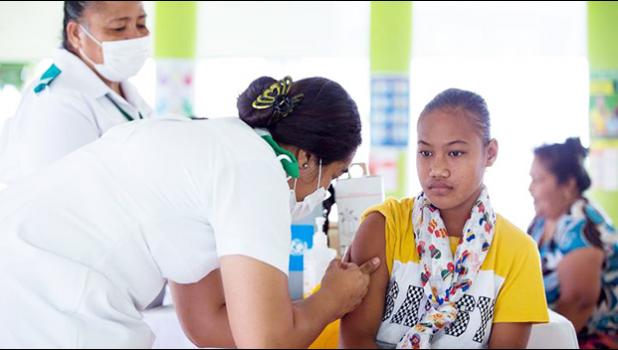 Apia, SAMOA — More than 5000 measles cases have been reported in Samoa since the outbreak began in mid-October, the government says.

The death toll from Samoa's measles outbreak remains at 72 - the same as yesterday's toll.

About 90 percent of the measles-related fatalities are aged four years or younger.

According to the latest figures released today, 5080 measles cases have been reported since the outbreak began, with 85 recorded in the last 24 hours.

As of 12 December, 93 percent of Samoa's population has been vaccinated.

The chair of Samoa's National Disaster Advisory Committee has warned against complacency in fighting the epidemic.

Amid signs that the infection rate is tapering off, the Samoa Observer reports Ulu Bismarck Crawley saying people should not say fatalities have slowed down.

There were still a number of people who were in critical condition in hospital, including about 20 children, he said.

Some people, who had been treated at home, were still being brought to the hospitals when their condition deteriorated, he added.

Meanwhile, New Zealand's Ministry of Foreign Affairs and Trade has confirmed New Zealand as the likely source of Samoa's measles epidemic, compounding its responsibility for the disease's arrival.

The Samoan government reported the first case arrived from New Zealand in late August, according to an MFAT spokesperson.

"International travel means that measles can spread quickly from country to country. It is highly likely that New Zealand is the main source for the outbreak in Samoa," the spokesperson said.