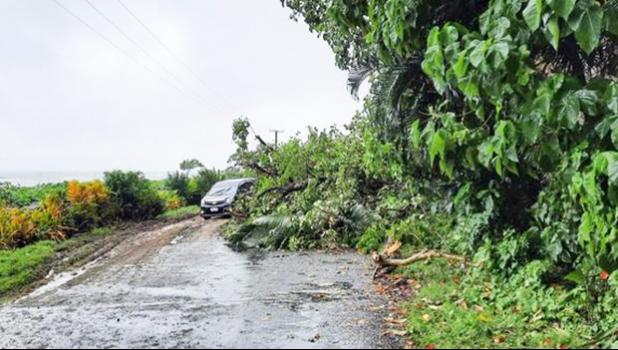 Apia, SAMOA — More than 50 people are staying at two of three evacuation sites set up around the Samoan capital of Apia after the flash flooding on Friday.

The National Emergency Operations Center Chairman, Agafili Shem Leo, said 25 people were hosted at the National University of Samoa campus and 28 were at a gymnasium near the emergency headquarters.

A third site at the Seventh Day Adventist church was not needed and was being stood down.

The media was told no families had been displaced on the big island of Savai'i which sustained very little damage to homes from flooding compared to the more populated polu island.

Meanwhile the Chief Executive Officer of Samoa's Land Transport Authority, Galumalemana Tutuvanu-Schwalger, said all roads affected by the flooding had been restored, some temporarily.

She said there is much more work to be done to damaged roads around the country, especially drainage work in the town area.

"Drainage upgrade is to reduce flooding around the Apia town center but we cannot say that it will stop flooding in future,'' she said.

She explained most of Apia township is built on waterways and swamplands so flooding is always a problem but she hoped the work being done would help reduce future flooding.