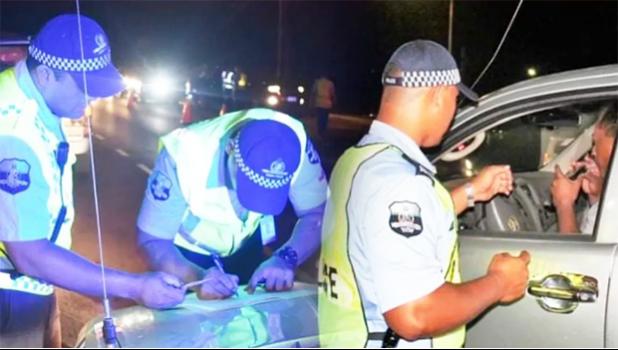 Apia, SAMOA — Driving Under the Influence of alcohol was the second highest type of charge laid by Samoa Police in 2020.

523 of those were DUI charges, second only to assault which  tops the list with 593 charges,

This past festive season Police road blocks came down hard on  motorists for drink driving, deterring many from attempting to get behind the wheel while under the influence of alcohol.

Police still made 31 DUI arrests in the 11 days between 23 December 2020 to 03rd January 2021. Although there were several tragic deaths from road accidents in the weeks before Chirstmas, there were actually no road fatalities during that festive season period.

With the return of motor vehicle registrations and licensing to the Police Ministry, traffic tickets skyrocketed in 2020 compared to 2019.