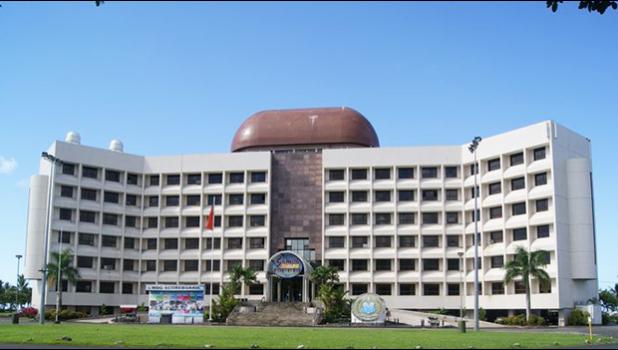 Apia, SAMOA —The Samoa Police are investigating the deaths of two boys who drowned in Savaii earlier this week. This was made known during the weekly press conference at the Police Station in Apia this week. According to the Police Spokesperson, Su’a LeMamea Tiumalu the first incident involved a three-year-old boy who was doing laundry at the village pool in Asau when he drowned. The police have yet to rule out homicide in this case noting that until proven otherwise they have treated this case as a homicide. Su’a told Samoa News that the young boy rushed to the Sataua hospital, however efforts into reviving him were unsuccessful.

The second case involved a 17-year-old boy from Taga who was swimming at the village pool last Sunday. He was was with a crowd of other boys when he drowned. Su’a told Samoa News that an autopsy has been requested in this case, but in the meantime investigations are underway.

Apia, SAMOA — Security was one of the main issues discussed during the Samoa-Australia bilateral talks this week in Samoa. The Samoa Ministry of Foreign Affairs officials met with Australia Foreign Affairs officials and according to the statement that was issued, the two government’s discussed a variety of issues including regional security and defense co-operation, police co-operation and cyber-security. The statement further says there was discussion of Samoa’s new patrol boat scheduled to be delivered around May 2020 and this will replace the Nafanua that is currently patrolling the waters of Samoa.

“The replacement vessel will be more fuel-efficient, with significantly more capability for a range of operations, including maritime security and responding to disasters. The replacement patrol boat will also provide improved crew accommodation with facilities for both men and women.” Officials noted that the two countries have a good, long track record of working closely together to address security challenges.

The important contribution that the Pacific Patrol Boat Program has made to Samoa’s security as well as search and rescue capabilities were highlighted. The meeting also reflected on the positive contribution of the Pacific Transnational Crime Coordination Centre (P.T.C.C.C.) and the Samoa Australia Police Partnership (S.A.P.P.) in ensuring a secure and prosperous Samoa.

At the end of the meeting, Prime Minister and Minister of Police, Tuilaepa Sa’ilele Malielegaoi, and Australia’s High Commissioner, Sue Langford, signed a partnership arrangement on the Australian Government’s continued support to the P.T.C.C.C. and the S.A.P.P. for the next five years,” said the issued statement.

Apia, SAMOA — "In our own respective way we have worked with youth in the past ten years and this partnership with Leadership Samoa is ideal in facilitating access to information, resources and trainings for young people to advance their skills and knowledge on their areas of interest," said Iliili Lagipoiva Cherelle Jackson, one of the four co-conveners of YouthLEAD, that was launched this week. Also known as the Samoa Youth Leadership Network, their launching came at the close of the National Youth Week leadership in Samoa. According to a statement issued by youthLEAD their main focus is to assist young people in reaching their leadership goals.

“The Network is an initiative of four youth advocates who have been working in the youth sector and with youth for over fifteen years. Raedena Solomona, Jordanna Mareko, Taimalelagi Ramona Tugaga and Iliili Lagipoiva Cherelle Jackson formulated the idea in 2015 and worked actively in 2016 to ensure its establishment,” Chairman of Leadership Samoa, Peseta Dr. Desmond Lee Hang, said as he welcomed the partnership.  He is excited to partner with YouthLEAD noting that “investing in harnessing the leadership skills of young people is an area that Leadership Samoa has been looking at developing for many years, and this opportunity comes at the perfect time for our program.

Housed as part of Leadership Samoa, the Network will bring together young people to foster their leadership skills through training and opportunities available to young people.

International partners have already offered support to YouthLEAD in developing trainings and opportunities through the Network including the Auckland University of Technology and Conservation International.

The first activity for the Network is to assist The Sir Peter Blake Trust of New Zealand in identifying a youth ambassador from Samoa to take part in the Youth Environment leaders Forum in April.

The organization was established in 2010 and is funded by the Pacific Leadership Program (PLP). PLP is a regional initiative of the Australian Government that recognizes the pivotal role of leadership in development. PLP works at the regional level, and nationally and sub-nationally through country programs in Samoa, Solomon Islands, Tonga and Vanuatu.