King Faipopo pleads guilty and to be sentenced next month 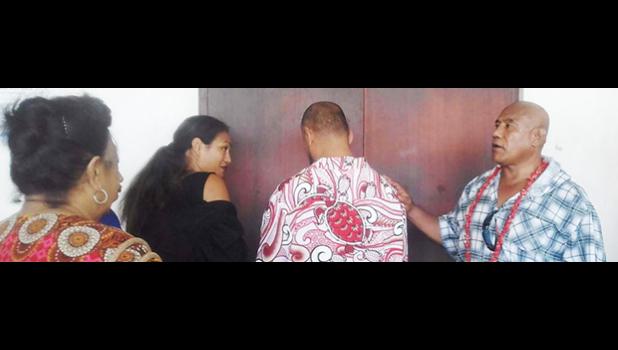 Apia, SAMOA — Paulo Malele also known as King Faipopo has pleaded guilty to one charge of making false statements that affect the reputation of another person, and will be sentenced next month. The complainant in this case is the Prime Minister Tuilaepa Sailelele Malielagaoi.

In Court today, the Attorney General, Lemalu Herman Retzlaff withdrew 14 charges including the criminal libel charge except for the one charge Malele pleaded guilty to.

Outside court, Malele did not immediately face his supporters as usual. Instead he faced the wall and continued shaking his head as his lawyer, Josephine Sapolu tried to explain something to him. When he finally confronted his supporters, it was to encourage them to continue the fight to change the Government, and that he was not happy with changing his plea.

The Attorney General, Lemalu Retzlaff did not explain to the media the withdrawal of the other charges. The court earlier heard an application for the matter to be resolved in the Samoan way in a meeting between the accused and the defendant.