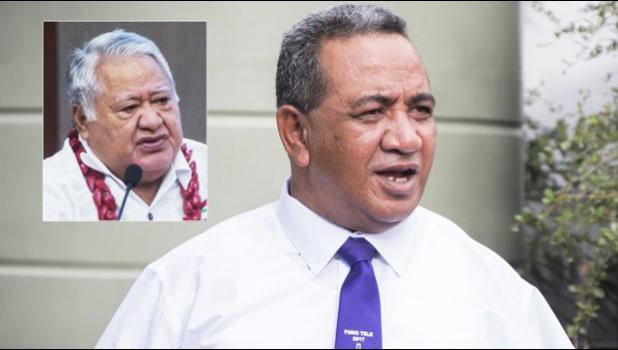 Malua, SAMOA — The Congregational Christian Church of Samoa (C.C.C.S.) is standing its ground in the ongoing dispute with the Government over the law requiring the Head of State and Church Ministers to pay taxes on their alofa.

“The decision from the Fonotele remains the same as in 2017 and that is to reject the law requiring Church Ministers to pay taxes,” said the C.C.C.S. General Secretary, Reverend Vavatau Taufao.

“Keep in mind that in the C.C.C.S., there is no such thing as one’s discretion. That is why I have pride in my church because we practice the true meaning of democracy. We are a democratic church, the decision was not decided by one person, rather the entire church."

The General Secretary made the comments during a press conference held minutes after the closing of their annual conference at Malua yesterday.

Rev. Vavatau said about 90 per cent of the church leaders reject the law. On Thursday, Prime Minister Tuilaepa Dr. Sa’ilele Malielegaoi made it clear that any Church Minister, including the C.C.C.S., who refuses to pay their taxes will face the full force of the law. “This law is the same as the law governing murder,” Tuilaepa said. “Once you violate that law, you alone will be criminally charged. And if you conspire with someone else to murder another person, you’ll be charged as well.”

Reverend Vavatau said the issue was put to a vote during the General Assembly.

“It was way over the majority who rejected it, approximately 90 percent of the attendees who voted. So the decision is not by Elders of the Church, it is the decision by the Fonotele.”

Asked about the way forward, Rev. Vavatau said they would seek a face-to-face meeting with Prime Minister Tuilaepa.