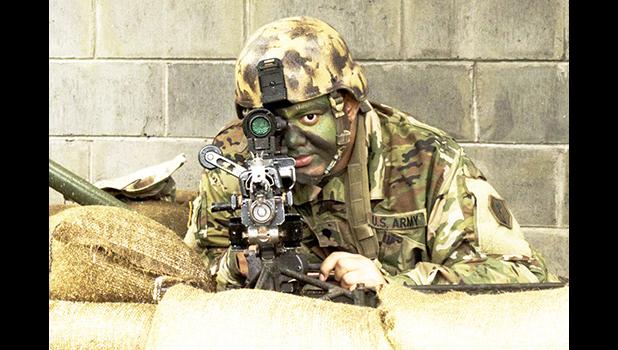 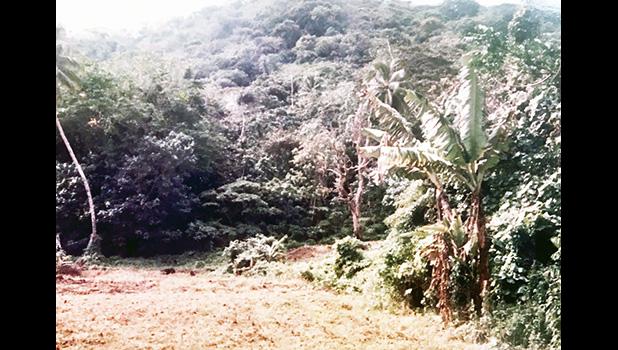 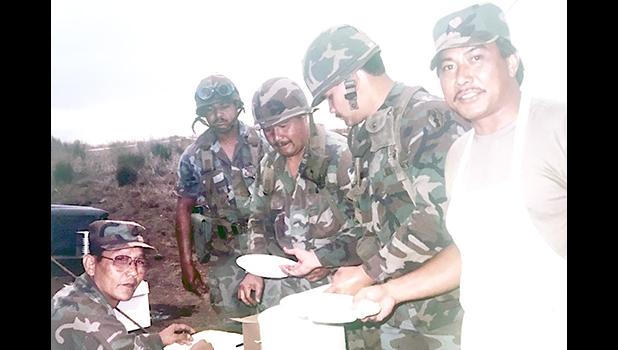 Pago Page, AMERICAN SAMOA — American Samoa historically has played a pivotal role in the security of the Pacific. In 1878 the U.S. signed a treaty for the establishment of a naval station in Pago Pago Harbor, United States Naval Station Tutuila. Under the administration of the U.S. Navy (1900–51), American Samoa became a strategic naval base.

However, by 1951 control of the territory was transferred to the U.S. Department of the Interior, and the Navy Base was deemed no longer needed with the expansion of military activities in Guam. With no active duty military component on the island, the Army Reserve established a small footprint in 1980 with the activation of a provisional detachment of Charlie Company, 100th Infantry Battalion, 442nd Infantry Regiment.

That humble Army Reserve beginning started out as a platoon size element with no real structure to call “Home.” However, the Tree Top Lounge was a ‘Watering Hole” where many local Veterans hung their hats; so, a lease agreement was arranged to make some modifications, and before anyone knew it, the platoon had a headquarters building.

At the time of the current Reserve Center’s groundbreaking ceremony, Brig. Gen. Robert G.F. Lee, the Commanding General of the 9th Regional Support Command, which later became the 9th Mission Support Command, pointed out that the arrival of the U.S. Army Reserve on American Samoa was due to the heralded 100th.

“On December 7, 1942, Pearl Harbor was infamously bombed,” said Lee during that ceremony. “Despite rampant racism towards Japanese-Americans, and despite thousands being herded like cattle into concentration camps, some 10,000 plus Japanese-Americans volunteered to defend the United States of America and fight the fight in Europe. Thus, comprised entirely of Japanese-Americans, the 100th Infantry Battalion, and the 442nd Infantry Group, was born.”

The 100th went on to become unequaled in the field of battle with a 314 percent causality rate, 18,000 medals awarded for courage and bravery in combat, more than 9,000 Purple Hearts, 562 Silver Stars, 52 Distinguished Service Crosses, and one Medal of Honor, which garnered the motto and soon became the unit’s moniker of “Go for Broke.” However, after 50 years Congress finally corrected that injustice and now 20 Japanese-Americans have been awarded the Medal of Honor for their service in WWII from the 100th Infantry Battalion.

“I’m just so privileged to be part of history,” said Lt. Col. Alejandro Buniag, Commander of Theater Support Group American Samoa Detachment. “This is a fantastic unit, and now with the MSAR opening on American Samoa, the very first one in the entire Army Reserve, it’s truly an honor.”

Another milestone was achieved on American Samoa with the opening of the U.S. Army Reserve’s very first Modular Small Arms Range April 26, 2019. The achievement was 10 years in the making with various iterations being considered until Congressional funding in 2016 came to fruition with a cost of approximately 10 million, according to Joseph Yokoyama, a training resources specialist with the 9th Mission Support Command.

“By eliminating the need for local American Samoa Soldiers to travel to Hawaii for weapons qualification not only saves money, it also frees up their limited time for other training,” said Yokoyama. “Collective training is critical, but also very important for unit cohesion. So if they can spend more time training together, rather than flying off to Hawaii for weapons qualification, all the better.”

“Soldiers of American Samoa, past and present,” added Anderson during the MSAR opening ceremony. ”You spoke, you told us what you wanted. We listened. Now enjoy your new range!”

The U.S. Army Reserve’s presence may have been slow growing on the island of American Samoa, but it is now clear that it’s on a trajectory path of garrison dominance.