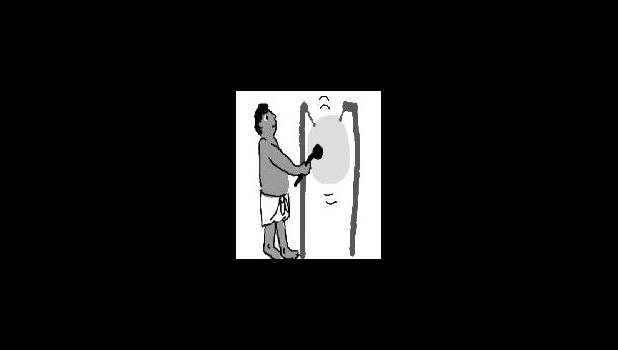 I have a couple of things I would like to Gong off my mind… just a little rant to top off my two week return to the Rock in the middle of the Pacifika sami… love the trade winds… but not standing down wind.

StarKist Samoa is shutting down production once again due to lack of fish supply. How long is this going to go on? The cannery wants to build more freezer storage, and the government needs to meet its request because right now we have no other horse pulling the cart (economy) — despite the government’s best efforts (and I’m being kind…).

As it stands, other than the government itself, which is planning to support itself by taxing us more, there are currently no other irons in the fire — a lot in the clouds maybe, but ‘would-a, could-a, should-a,’ don’t pay the bills.

What’s worse is the government even admits that its FY 2018 budget proposal is predicated on “the continued maintenance of StarKist’s current production and employment level.”

So far this year, we have seen at least 3 extra weeks of down time due to fish-stock shortage. And there’s more coming down the pipeline unless the fish storage problem is resolved — never mind other issues. Samoa News understands an additional 5 weeks is on the down time for the only cannery left in the Territory, and this does not have to do with fish-stock shortage.

And then there is that budget for FY 2018 proposal, which begs the question: How do you propose a budget in two separate documents?

Well according to the governor’s cover letter on the FY 2018 budget proposal, it's been determined that revenue collections in FY 2018 will be at 90% of FY 2017 levels and these projected revenues will be sufficient to finance only 90% of FY 2018 planned expenditures.

Therefore, a directive was issued for agencies to prepare budgets at the 90% level (of the FY 2017 budget).

As a result, for FY 2018, two separate budgets have been submitted — the Basic Budget, which is 90% of the approved FY 2017 budget, and the Supplemental, which is 10% of FY 2017, said Lolo — adding that the two budget proposals are submitted concurrently to facilitate for simultaneous consideration and approval by the Fono.

He also said that approval of the Supplemental Budget is dependent on passage of the five revenue measures now before the Fono. However, if the measures are not approved, the supplemental is thereby invalidated.

Okay then… I would GONG this alone on — huh?

If I understand what’s being said:

The Basic budget document only shows revenues supporting 90% of what the government says it needs in FY 2018; and, it can’t give you a Basic budget with a 100% of its needs for FY 2018, because its revenue collections don’t support it — they’re 10% short.

So… it’s submitting the Supplemental budget, which lives or dies on whether or not those new proposed revenue measures pass or not — and that would then allow ASG to meet its FY 2018 needs (which the Basic budget does not meet being 10% short).

A bit convoluted, but okay, let’s take a look at the numbers the government is trying to cover for FY 2018, according to them:

However, the Supplemental budget then adds back the 10% it took out to adjust for the FY 2017 budget shortfall, but it does so with the understanding that the newly passed revenue measures will fund these expenses.

However, there are a couple of problems with this:

This is dependent of course on the belief that the numbers the administration is saying is their shortfall are actually correct.

I think we need to keep in mind here that these numbers being touted by the Lolo & Lemanu Admin are “unaudited”.

The Single Audit Report for ASG for FY 2016 prepared by Moss Adams LLP, states in part that its total deficit was only around $3.1Mil. So what changed? How did the 2017 deficit estimate end up at $3Mil monthly or possible $36Mil from the $3.1Mil for last year?

Is it the bond issue payment? Is it a bloated payroll? Are there expenses happening that are political payouts? Or is the government raising more money to fund its ‘cloud projects? Is it all of the above?

And don’t forget, the governor said, it’s “important to remember and to take note” that the forecast revenues for FY 2018 “are predicted on the continued maintenance of StarKist’s current production and employment level.”

So, until we get some audited numbers, I don’t believe we should support these revenue measures proposed by the administration, which we all know ultimately will be paid by the households in American Samoa. Businesses pass on expenses, period. The latest estimate is $2,000 per household, and that’s a huge hit for households.

At this stage, I think a cut in expenses funded with local funds — worth around the admin’s $3Mil figure per month is a quick solution, until an audited financial can be done and a ‘true figure’ obtained.