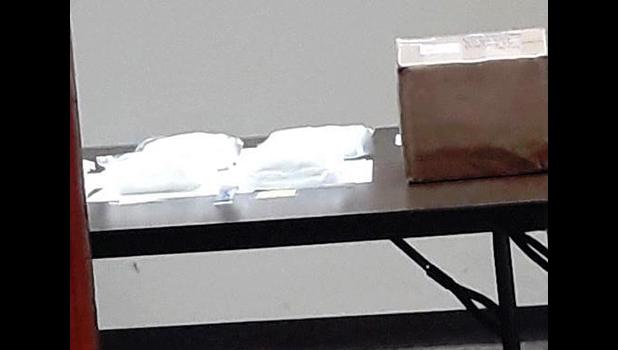 Pago Pago, AMERICAN SAMOA — The discovery of crystal meth that, according to police, is valued at more than $1million is now in the hands of the Department of Public Safety (DPS).

The drugs were found during a bust this past Tuesday morning by Customs agents at the post office.

Samoa News understands that the woman had gone to the post office a day earlier, inquiring about a parcel she was expecting in her own personal mailbox.

That same day, she received a yellow card in her deceased grandmother's mailbox.

Since it was already past 3 pm and there were no Customs agents — or postal workers — present in the back of the post office, where packages are usually retrieved, she waited until the next day, Wednesday, to return to the post office to pick up the parcel.

A source told Samoa News that the woman picked up the box from a postal worker, as per normal Post Office procedures, and finding it was not addressed to her, she then headed over to the Customs table, insisting that the box be returned to sender. The box was addressed to a family member who no longer lived with her, but used to have mail delivered to that box.

However, the Customs agent opened the box anyway.

Contents of the parcel were laid out, in the presence of the woman, who was later questioned by Customs officials before the matter was handed over to the DPS Vice and Narcotics Unit. She was not detained.

According to police, the total weight of the drugs found exceeded 11 pounds, and the case is still under investigation.