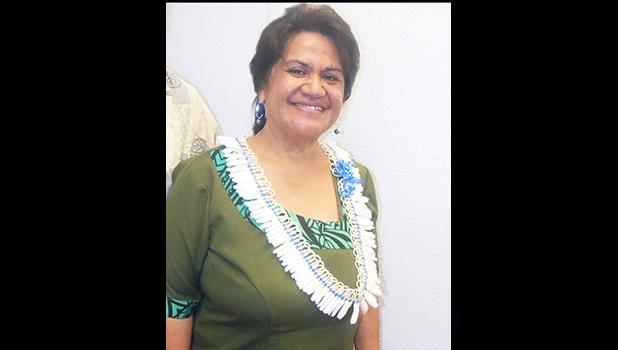 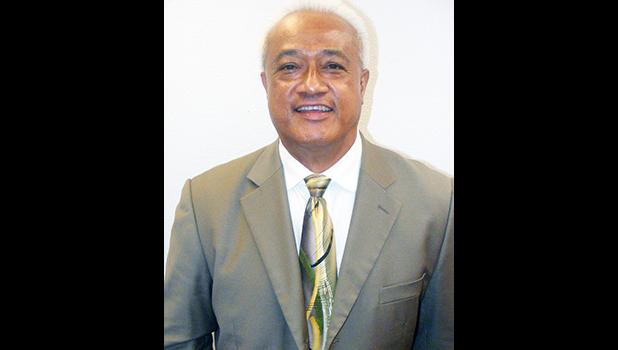 The governor’s nominations of Dr. Ruth Matagi-Tofiga as Department of Education Director and Ali’itama Sotoa as Director of the Territorial Energy Office have received full endorsement by the Fono. With Matagi-Tofiga and Sotoa, it brings the total to seven cabinet directors fully confirmed by the Legislature.

The latest pair of confirmations came yesterday with the Senate giving a unanimous 16-0 vote for both Matagi-Tofiga, who served as Department of Marine and Wildlife Resources director during the last four years and Sotoa, who served in the same post for the last three years.

The House confirmed Sotoa yesterday in a 15-3 vote, while Matagi-Tofiga was endorsed in a 17-1 vote last week Tuesday.

Among the issues raised in the Senate, was an inquiry from Sen. Paepae Iosefa Faiai regarding prayer in public schools, saying that prayers in school in other countries has become an issue of debate and contention.

Matagi-Tofiga said that to her personally, the life of a Samoan has always been God first and there’s nothing wrong about putting God first. She also made note of the “pledge of allegiance” — saying this is one practice done for many years in the past but is seldom seen in schools in recent years. It should be an important issue for students, she said, adding, “We’re under a flag that needs to be respected and I believe in that too.”

Paepae also sought information about Matagi-Tofiga’s site visit to public schools on Tutuila carried out last month. The nominee said the visit included school cafeterias, which are all in good condition and she spoke to teachers, who shared that the majority of classrooms have desks and chairs.

For public schools in Tualauta county, Matagi-Tofiga observed a high number of students in classrooms — about 25 students or more per classroom — compared to other schools on the far eastern side of Tutuila, where the count is 7 and 8.

Schools in Tualauta continue to have very high enrollment rates, she said adding that there are also many students attending public schools in the Bay Area.

Sen. Magalei Logovi’i recalled that four years ago, the director-nominee was asked why she was leaving ASDOE to become director of the Department of Marine and Wildlife Resources. And the reply was “you wanted to get a different experience.”

Magalei then asked why she decided to return to ASDOE, where she started years ago as an educator including being principal of Tafuna High School.

“After serving so much time in public service, I wanted to make a difference where I started” at ASDOE, she said, adding that it was then left up to the governor for a decision for the ASDOE leadership.

“In actuality, going back and with the one-month [at ASDOE], I felt that calling and I told myself,’ if the Fono gives its blessing’ to my nomination, I’ve got three years to make this happen,” she said, noting that she is thankful to the governor for the appointment, “but I also take it very seriously and whereever I’m called to serve, I give it my all.”

Magalei asked about the Dual Language initiative, in which Samoan and English are used in the classroom by a teacher and has been piloted in some elementary schools.

Matagi-Tofiga said she is reviewing this initiative by looking at data, which “precipitates a lot of decisions” and that this program is only two years old. She said the focus of her review is among others, on whether it’s useful and she believes that if a program is useful, continue it and if not, that requires additional assessment.

“There is every need to do tutoring,” she said, adding that one school has already submitted their proposal.

One of the issues raised during the Senate hearing, is pay scale for teachers. Senate President Gaoteote Tofau Palaie said this same issue has been raised many times throughout the years. He then asked as to the one change that the director-nominee would implement to improve the public education system for the benefit of American Samoa’s youth.

Matagi-Tofiga responded there are many areas that require further improvements, not so much changes. She explained that ASDOE can implement many programs, but the “key” to making it work is teachers, who are important to the education system.

“All the support services should be there for the teachers,” she said, adding that teachers are the “key” to ensuring that students have good grades.

Also raised during the hearing were her degrees.

According to her resume provided by the Governor’s Office to the Fono, Matagi-Tofiga holds a Doctor of Philosophy in Education with Specialization in Leadership from Capella University in Minneapolis, Minnesota; Master of Education in Secondary form the University of Hawai’i-Manoa in Honolulu; and Bachelor of Science in Biology from Loyola Marymount University in Los Angeles.

One of the issues raised during Sotoa’s confirmation hearing is renewable energy, and the director-nominee cited examples including the Ta’u solar project, which was commissioned last October, that now powers the entire island. (See Samoa News edition Oct. 28 for details.)

Additionally, the Territorial Energy Office continues to work with the American Samoa Power Authority on another renewable project, such as the Ofu solar park — which is expected to be commissioned soon.

Responding to other committee questions, Sotoa explained that TEO still has other programs, and pointed to three federally funded programs within TEO.

They are the State Energy Program (SEP) that provides 100% funding for all TEO operations including Energy Efficiency and Renewable Energy; the Low-Income Home Energy Assistance Program (LIHEAP), which helps low income households by subsidizing a part of the customer’s electricity bill; and the Weatherization Assistant that assists low income families by making their homes more energy efficient.

At the end of the hearing, Gaoteote called on Sotoa to keep the Fono in mind when it comes to solar panel projects, to help reduce the Fono’s electricity bill.