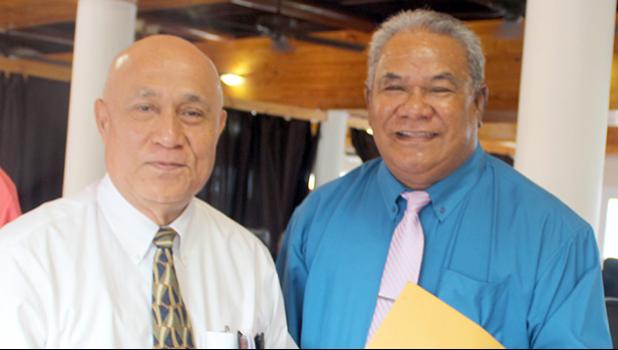 House Representatives are very concerned after they were told that it has been three years since American Samoa launched the Hawaiki undersea fiber optic cable and none of its 200 gigabytes (GIGS) of bandwidth has been sold.

According to the director of the Retirement Fund I’aulualo Talia Faafetai, the problems stem from the fact ASTCA cannot sell any of the 200 gigabytes from Hawaiki to a foreign country —  he said that this is not ASTCA’s fault, the restriction is part of the bond agreement.

Rep. Lua’itaua Gene Pan said that when it comes to things like this, “there should be a protection and a goal that we need to achieve because if we don’t we’re going to lose out a lot of money.”

The purpose of the hearing was to find out the status of mandated payments by ASTCA towards the unfunded liability to the Retirement Fund.

Faipule reminded the witnesses that a law passed in 2019 requires ASTCA to pay 25% of any sale of gigabytes of the Hawaiki Cable towards the Retirement Fund to address its unfunded liability. Under the same law, 25% of the sales proceeds is to go towards the bond payment for the American Samoa Economic Development Authority (ASEDA).

The sale was worth $6.3 million and ASTCA’s share is only for the American Samoa to Samoa link for Hawaiki Cable.

I’aulualo told faipule that the only way to sell the 200 gigabytes is to create programs in order to make money. He said it’s three years now and if something is not done, every year we’re losing out.

ASTCA CEO Sualevai reported during the hearing this week that the first payment to the Retirement Fund is due in June while the payment to ASEDA is not due until 2024.

When questioned about the ASTCA $17 million from the Retirement Fund, Sualevai informed the committee that the loan was already paid back in full with interest. The American Samoa Economic Development Authority repaid the loan. ASEDA meanwhile sold bonds to finance the cable and several other infrastructure projects such as setting up the Territorial Bank of American Samoa.

I’aulualo corroborated Sualevai’s statement regarding the $17 million loan, adding that ASG didn’t have to repay the American Samoa Telecommunications Authority $17 million loan as early as it did.

The loan was to help fund the American Samoa branch of the Hawaiki Cable and was repaid in full by the ASEDA plus interest of $1.8 million.  I’aulualo further stated that The Retirement Fund treated the loan as an investment and had confidence that the Hawaiki Cable would generate a lot of money.

He said their aim was to put the investment to work and generate a healthy return for the Retirement Fund. However he said for some reason then Governor Lolo Matalasi Moliga decided that ASEDA would repay the loan right away with interest. And this was done.

I’aulualo said there was an agreement between the Retirement Fund and ASTCA that in return for its investment in the Hawaiki Cable whatever proceeds were made from the sale of Hawaiki’s 200 gigabytes of bandwidth the Retirement Fund would receive 25 %.

According to I’aulualo before this agreement they had asked for 25% of all ASTCA gross revenues because it wasn’t easy loaning the $17 million for the cable.

According to the ASTCA CEO, they are negotiating with the Cook Islands and Tuvalu to sell some of the Hawaiki bandwidth.

The lifespan of the Hawaiki cable is 25 years.

Rep. Larry Sanitoa said he felt that American Samoa had lost the advantage in selling the Hawaiki bandwidth because now there are also other cable companies out there and the market is very competitive at the moment. He said he thinks American Samoa lost out on some opportunities earlier on, and now we’re trying to sell the 200 gigs but it’s hard.

“When this was first planned out, it was with the purpose of going out to other markets because that’s where the money is at, but it seems that everything is local now and we’re running out of time,” Sanitoa told the witnesses.

The Retirement Fund director recommended that the binding agreement, which prohibits the sale of Hawaiki bandwidth to foreign countries be changed.