Local Red Cross volunteers being requested for deployment to the US 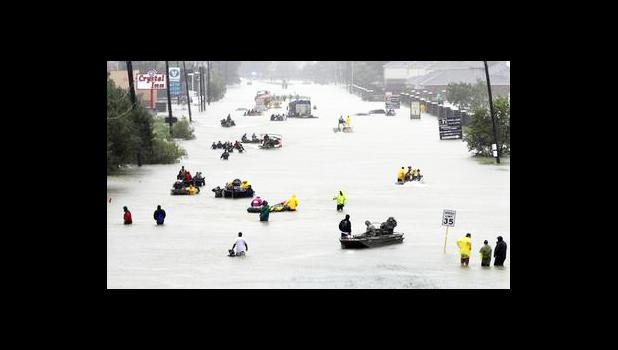 The local American Red Cross office has received a “general request” for Red Cross volunteers for possible deployment to the U.S following the devastation left behind at various cities in Texas, especially in Houston, by Category 4 Hurricane Harvey, which made landfall last Friday evening but by Sunday was downgraded to a Tropical Storm, but is still causing havoc with torrential rains.

Since last Saturday, national news organizations started reporting that Red Cross volunteers are being mobilized in states for deployment to the affected cities in Texas.

In Hawai’i, a handful of Red Cross volunteers have started to deploy, according to Honolulu-based Hawai’i News Now, in a television news segment aired Sunday afternoon.

When asked if the local Red Cross has been requested to deploy volunteers in the aftermath of the hurricane, local American Red Cross manager Val Tuilefano said yesterday, “We have received a general request from both the division and regional level.”

As of yesterday morning, “We are considering volunteers already in the American Red Cross online data base system called Volunteer Connection,” Tuilefano told Samoa News. “We currently have about 45 registered with 15 that have been active in the past year. This means the priority will begin with the 15 and so forth.”

“Naturally, the four local Red Cross volunteers [who] were deployed last year to the U.S East Coast & North Carolina are our first picks, granted they are ready and able to deploy,” he said, adding that the Red Cross is open to signing up new interested volunteers as it would “benefit our Territory to have a strong volunteer base to draw from, if the need arises for a greater number of volunteers for this disaster or any other disasters in the future.”

As Tropical Storm Harvey continues to stall along the US Gulf Coast, it has caused major flooding problems for several areas in the state of Louisiana.

As to possible locations in which the local Red Cross volunteers will be deployed to and the work they will be involved in, Tuilefano said locations given to the office in San Diego/Imperial Counties and American Samoa are in Baton Rouge, Louisiana and Dallas, Texas.

“More information is being compiled and assimilated as the week progresses. Right now the duties for American Samoa deployment are in shelter work,” he said. “However, these duties may change upon arrival, based on their specific skill sets captured in the online Volunteer Connection registration forms.”

“We will remain in contact as I firm up the American Samoa Red Cross team and receive the official word of approval,” he said, adding that, “deployment for American Samoa can be costly as compared to those volunteers residing on the mainland.”

“It must be noted when American Samoa is approved to deploy, it is due to the overwhelming support and most positive relationship with our San Diego Chapter, [which] has for the past 4 years taken American Samoa under their wing — providing resources, training and opportunities such as these deployments to build and strengthen our local capacity in disaster response,” Tuilefano shared.

National news media quotes Texas officials saying yesterday that at least 8 deaths are blamed on Harvey. Houston-based KHOU television station reported yesterday morning that six family members were believed to have drowned when their van was swept away by floodwaters.