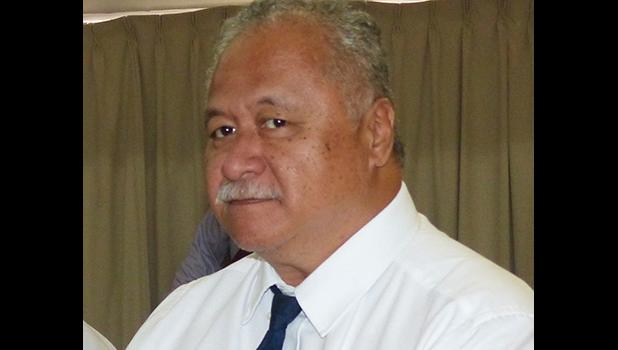 In the end, some districts would either gain or lose a faipule
By
Fili Sagapolutele
fili@samoanews.com

Pago Pago, AMERICAN SAMOA — ASG Office of Political Status, Constitutional Review and Federal Relations executive director, Tapaau Dr. Daniel Aga, has shared with the Senate a “paper” on three options dealing with reapportionment of the local House of Representatives based on the “One Man One Vote” principle.

The document was presented last week during a hearing of the Senate Rules Committee, which requested it in January this year as a guideline or criteria going forward for the Fono on possible reapportionment of House seats, based on the fact that some districts — such as Tualauta — have a large population but only two faipule in the House.

The committee's request in January was during a hearing on a House Joint Resolution seeking to add one more seat for Tualauta (referred to as “Ma’upu” in the Constitution), Representative District No. 15.

Some senators wanted to get an idea or guidance on how best to address districts with a high population, or even limiting the number of House members, who are elected by popular vote. There are 20 elected House members. The 21st member is a non-voting delegate from Swains.

Appearing before the Senate Rules Committee last week, Tapaau emphasized that the “paper” is intended for discussion purposes only and does not represent the official position of the Governor’s Office, under which his office falls.

Additionally, the paper was requested by the committee, which notes that their respective counties through the Samoan culture select Senate members.

Some senators said the document would be helpful in future discussions and debate on the issue, as some House Districts have, in the past, sought to increase the number of their lawmakers.

During the hearing, Tapaau first explained what “reapportionment” is: to assign or distribute representatives in a new way and the American Samoa Constitution states that Senators and Representatives shall be reapportioned by law at intervals of not less than 5 years.

He shared the guiding principle for a democratic form of government, and that principle is that “all citizens — regardless of where they reside in a state — are entitled to equal legislative representation.”

A question posed in the document and presented to the committee asks, “Should American Samoa follow the principle of equal legislative representation?” A footnote states that this principle was enunciated by the US Supreme Court’s 1964 decision, better known as the “One Man, One Vote.”

Tapaau cited issues, or problems, for the Senate to look at and explained that reapportionment is based on population. He used two sets of data to make comparisons on population.

In the 1960 Census, the three districts with very high populations were Manu’a #1, Ituau and Tualauta — which had the highest population at the time.  Because of their high population, each of these districts has two seats in the House, which is still part of the current make up of the House.

In the 2010 Census, which was the last one, there was a major increase in the Tualauta population, said Tapaau, adding that the population of Maoputasi (comprising all villages in the Bay Area from Fatumafuti to Aua with five Representative Districts, meaning five faipule) was 10,299 compared to Tualauta’s population of 20,858.

Another example cited by Tapaau is that Representative District Sua #1 and Sua #2 — with a population of 3,323 — has two faipule, compared to the population of Tualauta, which also has two seats.

Furthermore, “voting power is not equal.” He explained that the “Legislature must allocate seats on a population basis so the ‘voting power’ of each voter be as equal as possible to that of any other voter.” (This is a reference from the 1964 Supreme Court decision).

He said it’s no secret that a candidate for a House District with a small population, would win by one-vote, because they have more voting power.

Tapaau shared with senators the US model for the reapportionment of the US House of Representatives based on population, such as keeping state borders and constant 435 members for the 108th Congress, with a state gaining two seats and another state losing two seats — based on the census between 1990 and 2000.

According to the document, this is similar to keeping state borders, while changing number of Representatives based on significant population changes.

Result of this option, based on the 2010 US Census of a population of 55,219, is that one district loses a faipule, while Tualauta gains one faipule. According to the calculation in the document, it's Manu’a District #1 — currently with two faipule — that will lose a faipule.

Option 2: “Change borders by making populations equal” and this means, each district will have “close to” the same number of people. Re-drawing the borders of each district so there are 2,776 people in each district does this.

“The re-drawing can end up splitting Itumalo [districts] and possibly villages. This will create three new districts in the House,” the document said adding that this option is also based on the 2010 census.

The document explains that this option is like changing the borders of voting districts within a state. However, there is the “risk of politicized ‘gerrymandering’” — which can be minimized or prevented by the establishment of an Independent Commission.

The document cites examples of districts that would be added, and villages or districts to be split.

Option 3: Combine Traditional Districts. This reapportionment option minimizes the splitting of districts and villages, and adds voting for representatives “At Large”.