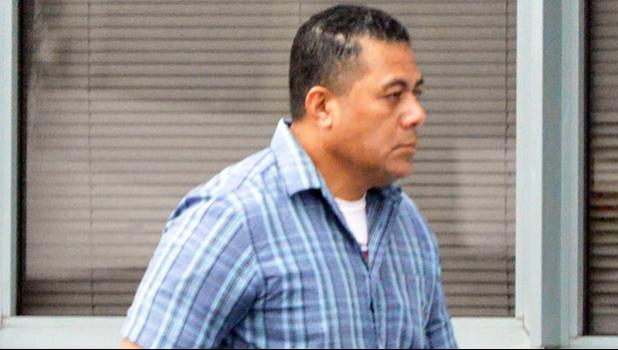 Pago Pago, AMERICAN SAMOA — One of the three defendants arrested when armed detectives of the Department of Public Safety, Vice & Narcotics Unit executed a search warrant on two homes in Pago Pago in May of this year has informed the court that he wants a jury trial.

Sio Junior Godinet appeared in High Court last week for his second pretrial conference since his case was bound over from the District Court in July of this year.

He was represented by Public Defender Michael White while prosecuting the case was Assistant Attorney General Laura Garvey.

When Godinet’s case was called, Garvey informed the court that the government has turned over all the discovery, police reports along with an offer to the defense side regarding the case.

White acknowledged receiving all aforementioned items, including the offer from the government and has reviewed it with his client, who has rejected the offer as it stands, and his client is asking to set his matter for a jury trial.

Godinet, along with his two co-defendants, Lyon Grey and Meriko Lomu were arrested by police on May 15, 2018 during a police raid at Godinet’s residence in Pago Pago.

During the raid, police allegedly found a huge amount of illegal drugs including methamphetamine and marijuana, along with drug paraphernalia in one of the two structures that belongs to Godinet.

Godinet Jr’s case was dismissed without prejudice by Sunia during a preliminary hearing in May of this year, after the court was unable to find probable cause and sufficient evidence to bind his case over to the High Court for arraignment.

However, a few weeks later, the government re-filed their case against Godinet, and the defendant was re-arrested.