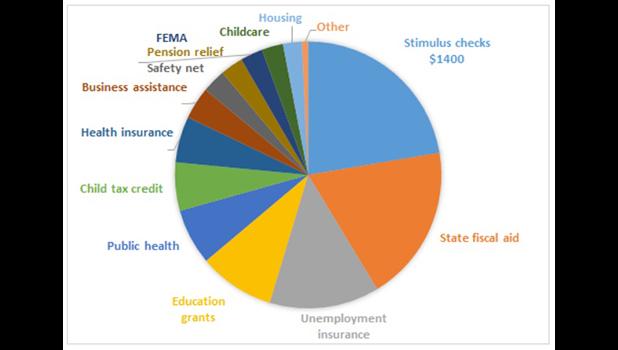 Pago Pago, AMERICAN SAMOA — With millions of new federal dollars allocated to American Samoa under the federal American Rescue Plan Act (ARPA) of 2021, Gov. Lemanu Peleti Palepoi Sialega Mauga has established, via executive order, an oversight office to — among other things — monitor and assure compliance with reporting and certification of ARPA funds to the territory.

The governor’s June 22nd executive order establishes the American Rescue Plan Act Oversight Office, within the Governor’s Office, and in a separate memorandum, dated June 23rd, the governor appointed Keith Gebauer — who served as ASG deputy treasurer for the revenue division during the last four years of the Lolo Administration — as the executive director of the office.

Congresswoman Uifa’atali Aumua Amata announced in a news release last month that American Samoa is to receive over $479 million in federal funds resulting from the ARPA. She says that funds from new federal act’s Coronavirus State and Local Fiscal Recovery Funds would be received in a single payment, making up for lost revenue during the pandemic, while other relief funds for localities will also be announced later.

According to the governor’s executive order, ARPA — which was signed into law in March this year by US President Joe Biden — includes $1.9 trillion in funds to support the economic recovery of the country as well as a result of the difficulties of the COVID-19 pandemic.

And American Samoa has received a significant amount of funds as a result of the ARPA to support local programs and recovery. Additionally, American Samoa needs to ensure proper administration, oversight and transparency in the use of these funds.

The governor’s order outlined duties and responsibilities of the new office and includes: to maximize the territory’s use of available funds for American Samoa pursuant to ARPA; track all federal dollars received by American Samoa and account for said dollars regardless of the entity receiving the funds; and communicate with federal and territorial agencies, as well as administration officials, regarding ARPA funding for local projects and programs.

Furthermore, it is to monitor and assure compliance with reporting, expenditure, eligibility requirements, certifications and assurances as well as any other requirements pursuant to the use of ARPA funds in American Samoa.

Additionally, make recommendations to the governor regarding proposed additional framework required, statutory, regulatory or otherwise, which will aid the ARPA Office in carrying out their duties and functions with respect to the efficient release and use of ARPA funds available to the territory.

The office is also to develop and implement a process by which American Samoa may comply with the “spirit of transparency and the strictures of accountability” required by ARPA, using all conventional as well as technological means.

Among the powers and functions of the new office, is that the executive director shall submit to the governor and the Fono, where appropriate, an operating budget, which shall include personnel and other line items required to provide for office operations.

Furthermore, the office shall provide periodic reports to the governor and Fono, where appropriate, regarding the status of ARPA funding, inclusive of territorial and other non-federal money. And coordinate with the ASG Treasury to assure full and accurate accounting of all ARPA funding for projects and programs.

Other powers and functions of the ARPA office include:

•        executive director shall coordinate all certifications and assurances required by federal agencies, as well as all other requirements pursuant to ARPA regarding eligibility of ASG or any other local entity for ARPA funding.

•        ARPA Office shall coordinate with all territorial recipients of funding to provide maximum accountability and transparency in the expenditures of all ARPA funding. This includes meeting deadlines for reports and meeting all compliance measures implemented by the federal government with regards to use of ARPA funds.

According to the governor, the executive order takes effect immediately and remains until Dec. 31, 2026.

The order repeals two previous ones issued in 2009 (003-2009) and 2013 (001-2013). Samoa News wasn’t able to immediately obtain information on these two orders, but for background information, the American Samoa Economic Stimulus & Recovery Office was established in 2009 after the American Recovery and Reinvestment Act became federal law, and from which American Samoa received millions in federal money.