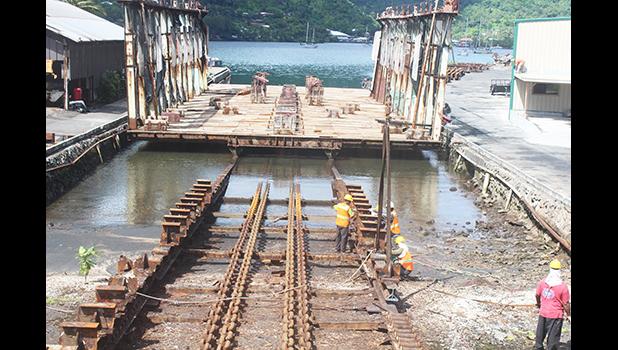 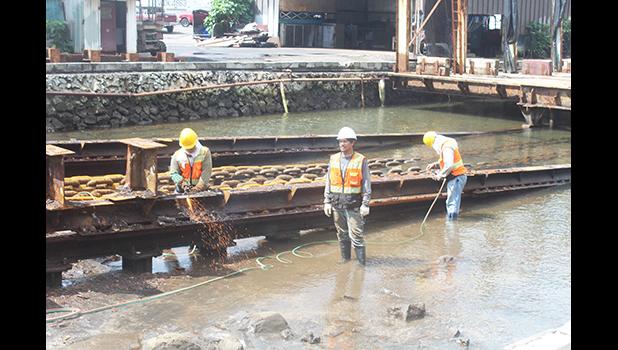 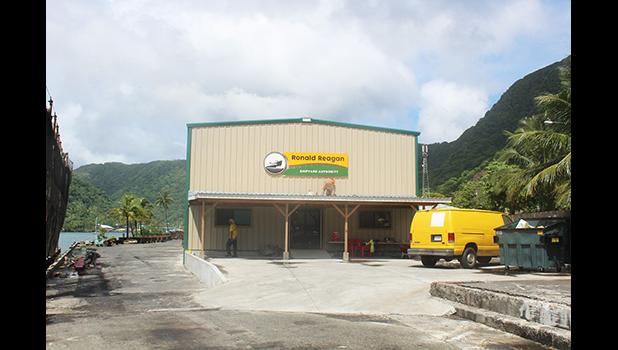 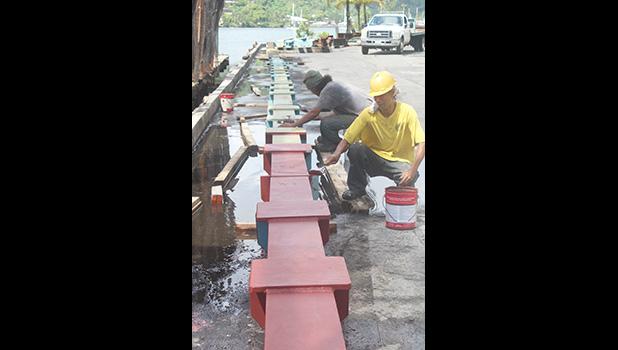 Pago Pago, AMERICAN SAMOA — Repairs are underway for the main slipway at the ASG-owned Ronald Reagan Shipyard in Satala, and upon completion of the work — expected to take about four months — the 3,000-ton slipway will be able to service purse seiner fishing vessels.

According to a statement from the Shipyard, the repair work is funded with $1 million from Capital Improvement Project monies and with the launching of this undertaking, it would — among other things — alleviate bigger vessels such as purse seiners from having to travel afar for needed repairs and more importantly, retaining hard earned revenues at home, where they’re needed.

“With limited resources, we’re doing the restoration as best as we can with what we were given,” Moefa’auo said during a Samoa News interview at his office yesterday. He pointed out that the last report put together by Crandall Dry-docking recommended $7- $8 million to “replace” the slipway.

“Unfortunately, the resources were not available to do that…” he explained, and as a result, “upon completion of the work, we’re not going to be able to bring it up to a 100% capacity… ’it would raise the slipway capacity to about 55%” which is not necessarily “the effective capacity - but it takes us into the safety margin.”

The slipway is currently “anywhere between 30% capacity” and “that’s how far back the deterioration was at,” he said, noting that the repairs constitute mostly the front portion of the slipway — which is divided into two halves — the front and back.

According to the CEO, the shipyard is going to undergo some minor repairs to the back portion of the slipway, but  “there’s some difficulty… because the back is always submerged under water.”

“Usually in cases like that, it's done on the shore using a module unit, then you lift the whole thing and put it in the water,” he said, and noted that another issue is, again, not having enough money. “We need additional funds to bring it up to the level" where it can be a "sustainable operation.”

Moefa'auo explained that the “55% capacity would only give us just enough margin of safety to bring up the purse seiners. It's a small margin, but it's do-able after these repairs. But I would not recommend to go beyond two years doing that, because the more we bring up the ships, the more we lose capacity. It's like using a car over and over again — wear and tear.”

Moefa’auo acknowledged his critics who question why they don't bring up to the slip large boats — such as purse seiners. “Some of my critics say ‘just pull it up’. I say 'no'. I’m more concerned with safety,” he explained. “We’re dealing with something that is heavy and dangerous.”

“When we haul boats up, it's a very, very dangerous exercise. And you never know — something might happen. If a boat collapses, if the slipway buckles…” he pointed out. “Not only the loss of a life but we don’t have the machinery to lift the boat up if it overturns or sinks into the water.”

According to him, when boats are brought up to the slipway, divers are sent underwater to “set blocks, so the ship is upright, as we slowly pull it up.”

“These divers are underneath the boat; and if anything happens, those people will be crushed to death. It's a very dangerous exercise and people don’t realize how dangerous it is," he said. "So to me, safety has always been an issue. It's always been a concern of mine.”

“We haul up longliners — smaller boats — and that’s how we’ve been earning revenues all this time. Smaller boats, but in a greater volume.”

“We have been earning revenue, but it's not the ideal revenue we want,” said the CEO. “To me, it's about government giving us sufficient funds to replace the slipway.”

During the four-month project, the Shipyard Authority said it has scaled down its operation to a skeleton crew since its main revenue generator — the slipway — is now temporarily out of commission, limiting its capabilities to dockside work only.