Flags lowered after 2nd mass shooting in a week 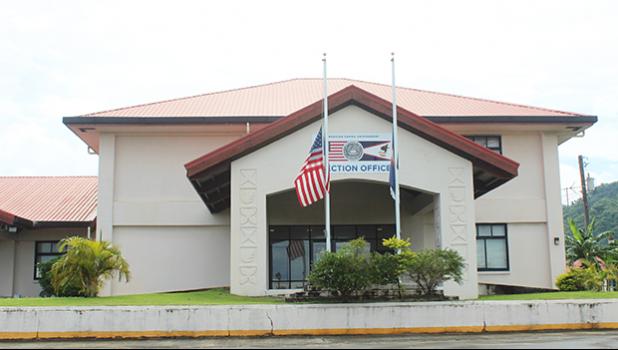 Pago Pago, AMERICAN SAMOA — In a memorandum issued Mar. 23rd, Gov. Lemanu Peleti Palepoi Sialega Mauga ordered the United States flag be flown at half-staff until sunset on Saturday, Mar. 27th “as a mark of respect for the victims of the tragedy in Boulder, Colorado.”

“As we reflect upon this tragedy and consider the loss of life and the impacts on the affected survivors, let us each take a moment to give thanks to our God for his continued blessings upon our Territory,” the governor said.

Lemanu’s order is pursuant to US President Joe Biden’s Proclamation issued Mar 23rd, for the lowering of the United States flag as a mark of respect for the victims of the “senseless acts of violence perpetrated” on Mar. 22nd.

National news outlets report that 21-year old Ahmad Al Aliwi Alissa, from the Denver suburb of Arvada, was booked into jail Tuesday on murder charges a day after the attack at a King Soopers grocery in Boulder and is scheduled to make his first court appearance today.

He will be advised at the hearing of the charges he faces and his rights as a defendant. He would not be asked to enter a plea until later in the judicial process.

Alissa is facing 10 murder charges for the ten victims, including a police officer who responded to the call of a shooting.

The Colorado shooting comes days after the Mar. 16th that killed eight people — many of them women of Asian descent — at three Atlanta-area massage parlors.