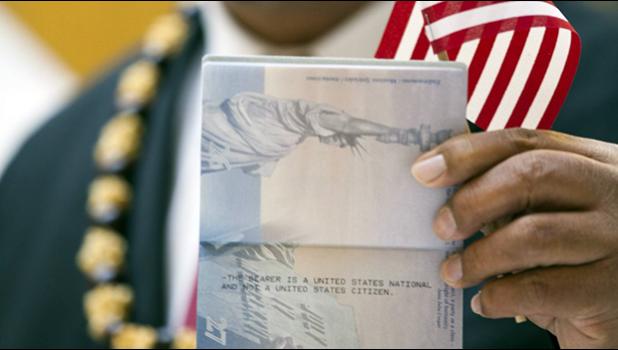 However, denies them “intervention as of right”
By
Fili Sagapolutele
fili@samoanews.com

Pago Pago, AMERICAN SAMOA — A federal judge has granted, in part, the American Samoa Government and Congresswoman Aumua Amata’s motion for “permissive intervention” in the US citizenship lawsuit, a court decision described by an attorney for the intervenors as “a victory for the people of American Samoa”.

US District Court Judge Clark Waddoups, however, has denied in part movants’ request for “intervention of right” — under provision of federal rule — as the issue is adequately addressed by the federal defendants, who are the US government, State Department, and its top officials, including the US Secretary of State.

Although part of the motion is denied by the court, attorney Michael F. Williams of the Washington D.C. based law firm Kirkland & Ellis LLP — one of the two law firms representing the Movants — says Waddoups’ decision “is a victory for the people of American Samoa” as the case moves forward.

“This [court] order will ensure that the interests of the American Samoa Government and Congresswoman Amata are represented in the proceedings in Utah, so it should be considered a win for the people of American Samoa,” Williams said in response to Samoa News inquiries following the release yesterday morning of the court’s ruling in a 13-page decision.

Plaintiffs, who are three American Samoans living in Utah, had argued for the court to deny the motion to intervene because, among other things, Movants lack Article III standing to intervene and have no right to intervene; court should deny permissive intervention by movants; and motion is procedurally defective under federal rules of civil procedures.

INTERVENTION AS OF RIGHT

Movants had dismissed arguments by plaintiffs that ASG and the Congresswoman have no right to intervene under federal court rules because the U.S. defendants adequately represent their interests.

Because the U.S. defendants are “obligated to consider a broad spectrum of views, many of which may conflict with the particular interest of the would-be intervenor[s],” there is an obvious “potential conflict” between the interests of ASG and the Congresswoman, which satisfies “the minimal burden of showing that their interests may not be adequately represented by the existing parties,” the Movants had argued.

Waddoups points out that the federal Tenth Circuit court has held that “if a case presents only a single issue on which the [government’s] position is quite clear, and no evidence suggests that position might be subject to change in the future, then representation may be adequate.”

The question for this court is whether this case presents “only a single issue” on which the defendants’ position is “quite clear,” said Waddoups, who notes that both plaintiffs and defendants agree that this case involves a single question and that is, whether persons born in American Samoa are guaranteed birthright citizenship under the Citizenship Clause of the Fourteenth Amendment to the US Constitution.

“The court agrees with plaintiffs that this case presents a single question,” he said, adding that the US seeks a ruling that persons born in American Samoa are not guaranteed birthright citizenship.

“Because Movants have not overcome the presumption that the United States will adequately represent their interests, they are not entitled to intervene as of right,” Waddoups said.

Responding to a Samoa News request for comments on this ruling of the court, Williams said, “We disagree with that position, but it makes no difference in this case at all because the Court’s ruling on permissive intervention grants us all of the rights we wanted as a party in this case.”

Asked if the court’s denial of Movants request to “intervene as of right” is a “major defeat” for the Movants’, Williams responded, “Not only is this not a ‘major defeat’, but it’s not a defeat at all.”

“As a practical matter, we will be able to represent the interests of the American Samoa Government and Congresswoman Amata in the litigation to the same extent as plaintiffs or the United States,” he explained.

“What’s more, even though the Court held the view that the United States so adequately represented our interests that we could not insist on intervention, the Court also found that it is correct and just to hear the separate views of the American Samoa Government and Congresswoman Amata in an issue of such importance to the people of American Samoa,” he said.

According to Waddoups, Movants have argued that “[it] would be impractical and anomalous for the Court to impose [birthright citizenship] upon American Samoa against its will.” Movants have also detailed certain aspects of fa’a Samoa that they believe could be threatened by a ruling in Plaintiffs’ favor.

“Movants have provided information to the court that could aid in the (potential) fundamental-rights analysis,” said Waddoups. “In other words, the court is convinced that Movants could contribute to ‘the just and equitable adjudication of’... the legal question presented —whether 8 U.S.C. § 1408(1) is constitutional.” (This section of the federal statute describes persons who are “Nationals but no citizens of the United States”)

Waddoups also notes that the court waives any procedural defect related to Movants’ failure to file a pleading in conjunction with their motion to intervene — an issue already corrected by Movants — given the potential impact this case could have on the American Samoan people.

On Monday this week, Movants, who are now the intervenors, asked the court to dismiss the plaintiffs complaint for failure to state a claim upon which relief can be granted. In the alternative, the Court should deny plaintiffs’ motion for summary judgment, and grant defendants’ and proposed Intervenors’ cross-motions for summary judgment, on all claims.

In his decision yesterday, Waddoups said plaintiffs may respond to intervenors’ motion within 30-days of his order. And the court will allow intervenors to participate in any oral argument that may occur on the parties’ pending motions.