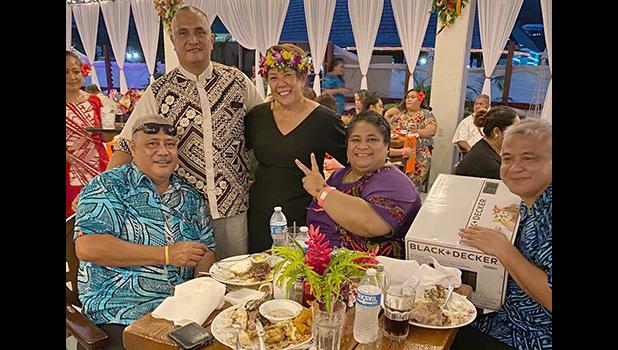 Other ASG departments have held similar farewells for their directors.

All executive branch directors and political appointees have been informed by the Governor’s Chief of Staff, Fiu J. Saelua that they have to tender their letters of resignation, as the current Administration prepares to exit the helm of government after 8-years in office, to make way for the new Administration.

Effective date of resignations is 12noon Jan. 3, 2021 — which is also when governor-elect, Lt. Gov. Lemanu Palepoi Sialega Mauga and lieutenant governor-elect Talauega Eleasalo Va’alele  Ale, will take the oath of office in a ceremony at the Fagatogo Pavilion.

Some current directors are expected to be retained by the incoming Administration and the rumor mill has been working overtime identifying directors who will remain in government after the Lolo Administration leaves office.